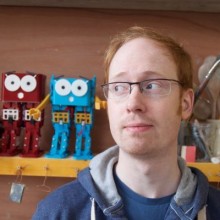 Follow @RoboticalLtd
Alexander is the founder of Robotical, an educational robotics startup based in Scotland. He is currently funded by the Royal Academy of Engineering as an "Enterprise Fellow" He has recently finished a PhD in robotics from the University of Edinburgh, for which he worked on walking robots with springy joints. Prior to that he completed an MEng in robotics from Heriot-Watt University in 2009, and an MSc in computational neuroscience in 2010. He worked for a short time as a trainee patent attorney before realising he'd rather go back to making robots.