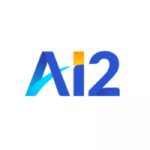 
AI2 is a non-profit research institute founded in 2014 with the mission of conducting high-impact AI research and engineering in service of the common good. AI2 is the creation of Paul Allen, Microsoft co-founder, and is led by Dr. Oren Etzioni, a leading AI researcher. Headquartered in Seattle on the shores of Lake Union, AI2 employs over 150 of the world’s best scientific and engineering talent in the field of AI, attracting individuals of varied interests and backgrounds from across the globe. AI2 prides itself on the diversity and collaboration of its team, and takes a results-oriented approach to complex challenges in AI. AI2 has undertaken several ambitious projects to drive fundamental advances in science and medicine through AI.

The Allen Institute for AI (AI2) announced the 3.0 release of its embodied artificial intelligence framework AI2-THOR, which adds active object manipulation to its testing framework. ManipulaTHOR is a first of its kind virtual agent with a highly articulated robot arm equipped with three joints of equal limb length and composed entirely of swivel joints to bring a more human-like approach to object manipulation.