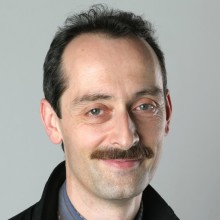 
Francesco Mondada is professor at the Ecole Polytechnique Fédérale de Lausanne (EPFL), Switzerland. After completing a masters and a PhD, at EPFL, he led the design of many miniature mobile robots, commercialized and used worldwide in thousands of schools and universities. He co-founded several companies selling these robots or other educational tools. He is author of more than hundred publications in the field of robot design. He received several awards, including the Swiss Latsis University prize, as best young researcher at EPFL and the Credit Suisse Award for Best Teaching as best teacher at EPFL.