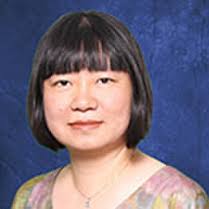 Follow @margaretmz
Margaret Maynard­-Reid is an Android Developer currently building apps that showcase how we can leverage machine learning. She has taught as an instructor at the University of Washington Android Application Development Certificate Program. For the past few years she developed Android Apps for startups such as Geocaching, Dyne and ParkNav, and published her own on Google Play, Amazon Appstore, Xiaomi and Baidu. She is an organizer and the Women Techmakers lead for GDG (Google Developer Group) Seattle. She is deeply engaged with the Android community ­writing blogs, speaking at conferences, organizing meetups, DevFests and Android Study Jams. Prior to her developer career, she led large scale programs at Microsoft, HP and P&G. She is passionate about Internet of Things, Android, gadgets, robots, organizing, learning, and teaching.


Hello Pepper: Getting started to program robots on Android