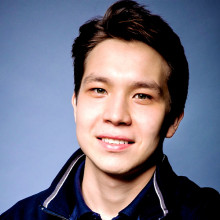 Follow @akishbekov
Rustem studied Computer Science at the Vienna University of Technology but left so that he could fully concentrate on his work on Robo Wunderkind. Rustem is a winner of several International Science Olympiads in Physics and Informatics. He taught himself coding when he was 13, and founded his first venture, a web design studio a year later. In his early teens, he enjoyed hacking game consoles. At the age of 19, Rustem won a startup competition organized by Singulariteam, a VC fund investing in robotics and AI. Before founding Robo, Rustem was part of the team organizing one of the leading startup events in Europe - Pioneers Festival in Vienna.