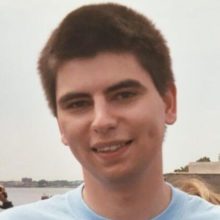 Follow @Valentin_HW
Valentin Robu is a lecturer in smart electricity grids at Heriot-Watt University in Edinburgh (since March 2014). Prior to this he was a senior research fellow in the Agents, Interaction and Complexity Research group at the University of Southampton, where he still holds a visiting position. He completed his PhD at CWI, the Netherlands National Research Center for Mathematics and Computer Science in Amsterdam (degree was jointly awarded with the TU Eindhoven) in 2009, and his Master degree at the Free University of Amsterdam in 2004. His research interests include using multi-agent systems and distributed Artificial Intelligence techniques to solve a range of challenges in the evolving electricity grid, such as decentralised scheduling and coordination of electric vehicle charging, integrating intermittent renewable resources into the grid using virtual power plants, or demand-side management techniques, such as industrial response and collective switching.