If there are no new farmers, who will grow our food? | Yes! Magazine 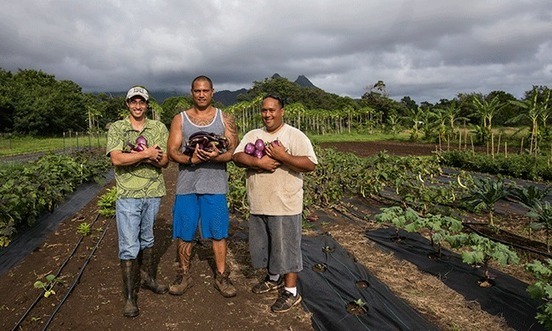 Programs across the country are trying to make it easier for new farmers to get started and put down roots. Here’s why: There’s only one farmer under 35 for every six over 65. By 2030, one-quarter of America’s current farmers will retire.

John Payne’s insight:
The trend, particularly since World War II, sometimes even official policy, has been for people to migrate from farm to city. Consequently, rural areas have been depopulated, particularly in the U.S., and, while urban farming is beginning to take up the slack in the production of leafy vegetables, and possesses considerable potential for diversification, there’s little hope that it can replace more traditional farming for the production of fruit, cereals, legumes, and root vegetables at scale, much less meat. We will still need farmers, and, because the dwindling number of farmers faces a shortage of willing laborers, increasingly they’ll be needing help. Where will that help come from?