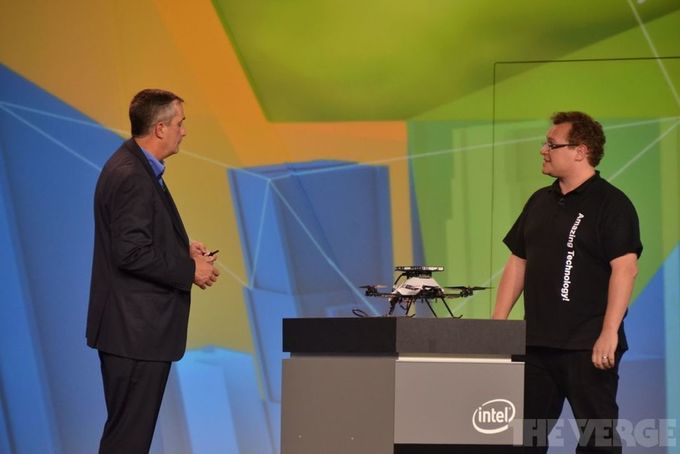 “Four men — one in a suit, three in black shirts — stood around a single drone, buzzing restlessly in the middle. One man rushed at the drone, which quickly veered out of the way right into the waiting arms of another. The four men passed the drone among each other, never touching or controlling it, only moving it around by flailing their arms and moving in its direction. The drone knew the men were coming, and it avoided them all on its own.”

John Payne’s insight:
Intel’s RealSense technology isn’t just about drones.
http://www.intel.com/content/www/us/en/architecture-and-technology/realsense-overview.html
Notably, Intel has partnered with Segway to produce a combination ‘hoverboard’ and balancing robot with modular parts, called the Hoverboard Butler.
http://www.theverge.com/2016/1/5/10721290/intel-segway-hoverboard-robot-ces-2016
But RealSense cameras are also found in laptops, webcams, VR headsets, and smartphones. They combine a 1080p video camera with an infrared camera and an infrared projector, and the processing hardware to transform the signals from these into 3D spatialization.