Oculus Rift and robotic heads: A match made in geek heaven | Zero Moment 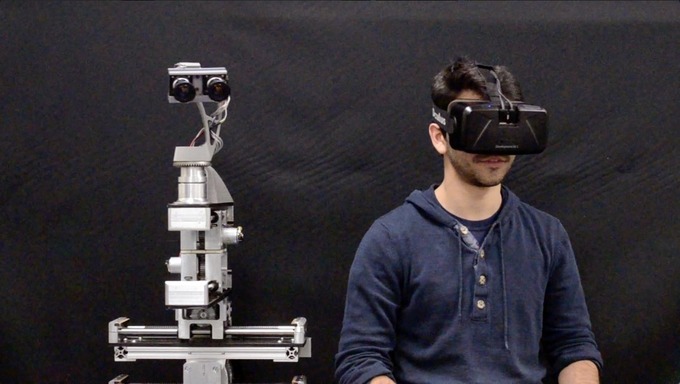 “Like its namesake, DORA was born to explore. Specifically, the robot—which was built by a team of students at the University of Pennsylvania—is designed to be a kind of exploration surrogate, able to move its head with the same speed and flexibility as the human seeing through its eyes. DORA’s movements are mapped to an Oculus Rift virtual reality headset, so when the goggle-wearer swivels left, the robot follows suit. It provides something seemingly unprecedented in robotics: telepresence from the neck up.”