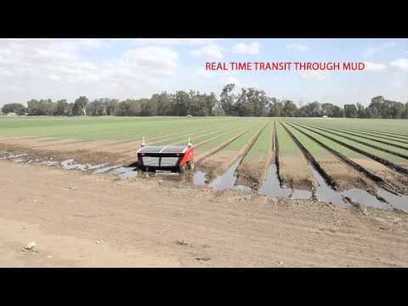 “RIPPA completes over 21 hours of continuous operation using only solar and battery power in Cowra, NSW. The run began at 0530, 1 hour before sunrise and completed at 0317 the next morning, 9 hours after sunset. For the duration, RIPPA roved autonomously up and down the spinach crop rows imaging the leaves. RIPPA then waited until solar sufficiently charged the batteries and at 1000 it began where it left off and continued roving up and down the rows again.”