A robotic ball with playful intentions

Imagine a ball. When you step closer, the ball rolls away. When you try to catch him, he escapes. This is Fizzy, an autonomous, robotic ball that is programmed to play with children. He is ambiguous, does not like to be captured but does need attention. Little wheels inside the motor make sure that the movement is unconstrained and facilitate his playful character.

In this series of articles, we take robot innovations from their test-lab and bring them to a randomly selected workplace in the outside world. It turns out that Fizzy could flourish in cafés and restaurants, where cheerful attentiveness is a much sought after quality.

‘Children learn through play’. With this truism as a starting point, researcher Boudewijn Boon was asked to enhance the benefits of play for children in care at the Máxima hospital in the south east of the Netherlands. During his research, he found that one thing is essential to playing: it has to be intuitive. This means that all structured approaches to stimulate play, must eventually lead to more unstructured and spontaneous behaviour. Such a beautiful paradox. Who would have thought that the golden idea would be in robotics?

“Children are invited to chase, explore and imagine with this robotic ball, turning a sterile and quiet hospital into a world of playing”

Boon found three core principles for initiating healthy play. First, it must spread out spatially, so kids will explore. The second imperative is for children to use their entire body. And thirdly, there is the need to introduce randomness and spontaneity in the structured environment of a hospital.

Fizzy ticks each box almost perfectly. This autonomous robotic ball does not like to be captured, so children chase after him. Sometimes he begs for attention, which can sparks hide and seek games. All this creates freedom. A big contrast with the structured life that children know during their illness. Boon says: “Children are invited to chase, explore and imagine with this robotic ball; turning a sterile and quiet hospital into a world of play”. 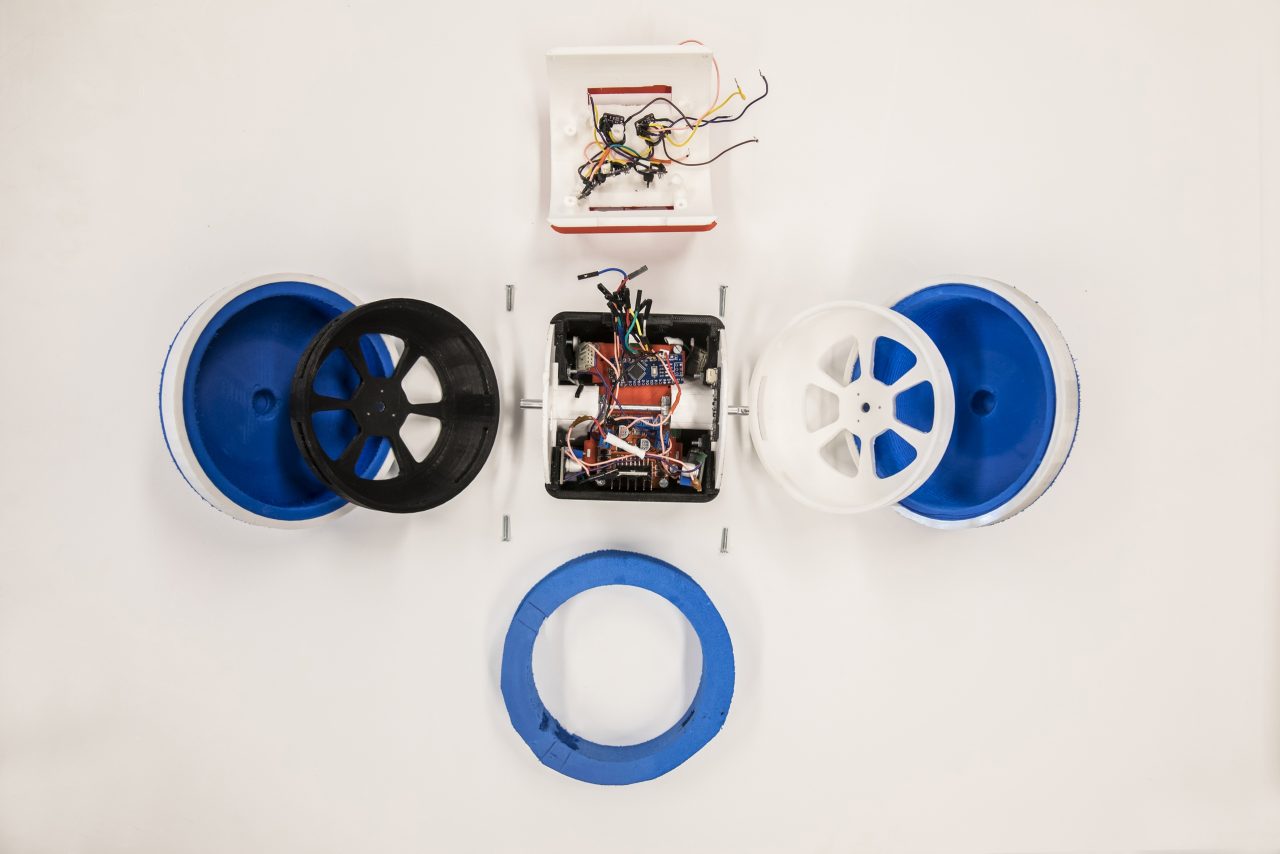 What’s inside a Fizzy. By TU DELFT© Thierry Schut and Guus Schoonewille 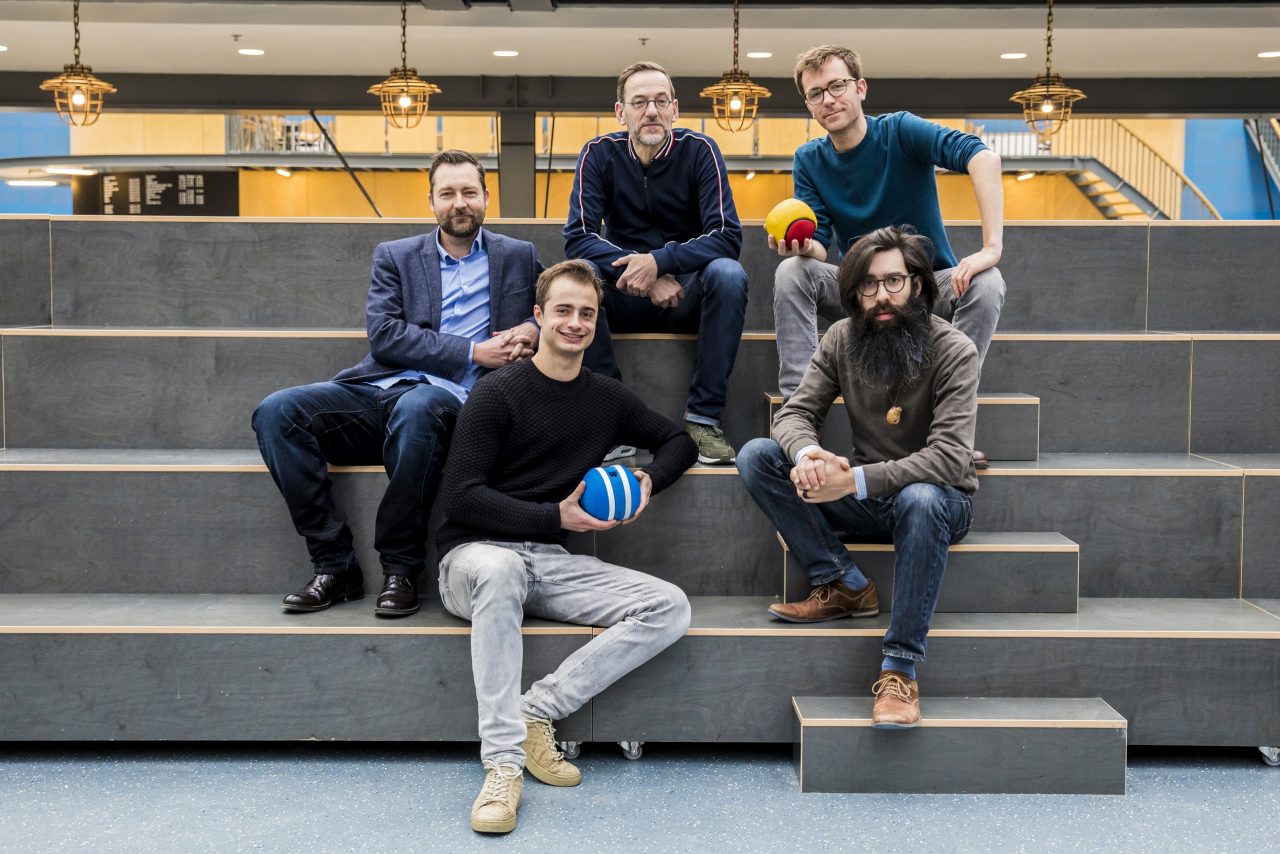 The Fizzy team the faculty of industrial desig engineering at Delft University of Technology. By TU DELFT© Thierry Schut and Guus Schoonewille 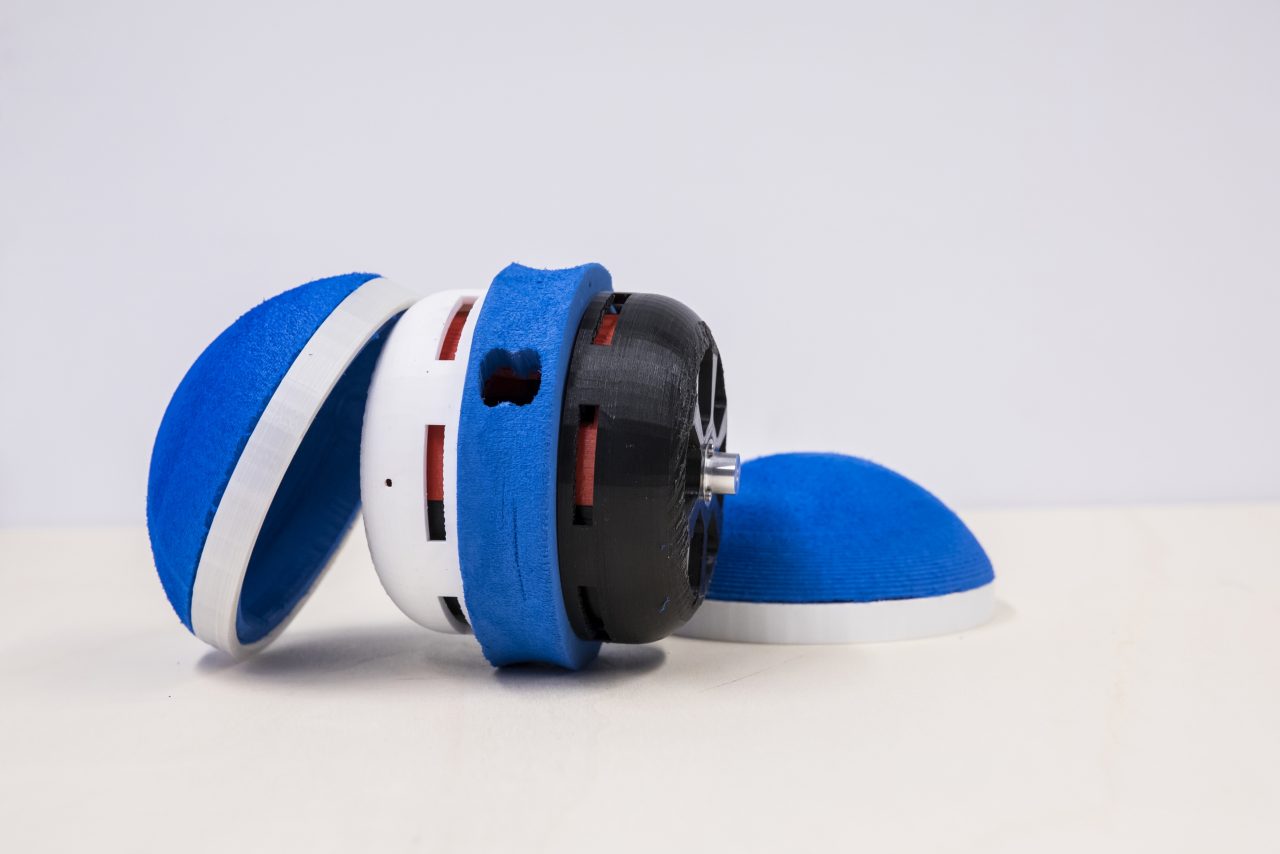 This application of robotics moves us. But at RoboHouse, we also know that innovation often moves in mysterious ways. Once an invention is sold in stores, people may buy it for purposes that researchers could never predict. So we took the Fizzy and traveled to a workplace, to seek out someone with a practical focus and an open mind. A professional, but outside of robotics. We asked her: “What would happen if you would use this?”. 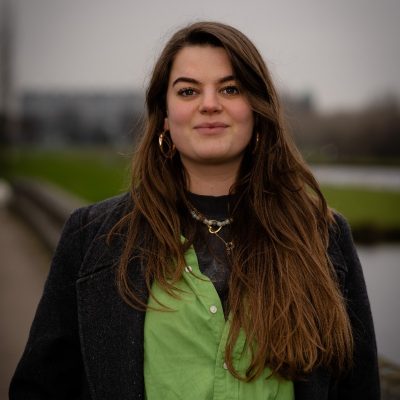 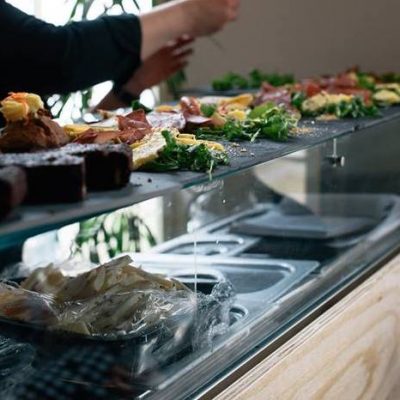 Lisan Peddemors considers our question. She has been working as a chef for several years in a cosy little brasserie in Delft, called Barbaar. We know her from making sugar sweet blondies and beautiful beetroot-hummus-sandwiches. But today, she helps us to anticipate the future.

She would not trust a little robot to do any real cooking, she says: “Cooking is so subjective, it depends on thousands of variables whether you add some more salt”. Her first thoughts go out to all the things she would prefer to no longer do. Such as cleaning. The robot could be an excellent solution for that, with some minor adaptions. If you let it roll through soap and water first, Fizzy could clean the parts of the kitchen that Lisan can not get to. Or maybe when it is busy and there is a lot of trash, our little friend can take it out.

“Perhaps I could use it as a cheap kitchen assistant that’s never grumpy,” she says. “But then I wouldn’t have anyone to talk to.”

If the ball would truly have its own mind, it could also be a nuisance in the kitchen. Lisan explains that timing is everything. When it is busy, cooks dance around each other like a real tango. Could a robot ever fit in? But then it strikes her! The ball does not have to do everything right, it only has to sense when something is wrong.

Lisan says: “Suppose, when I’m getting something out of the cooler or have a coffee at the bar, Fizzy would give me a little notification that something is burning or a timer is done. Gently, without alarming any customers or colleagues. This cute little ball would bump against my leg and I would know I had to rush back to the kitchen!”.

Fizzy, the discreet warning system with a cute character. That’s how a restaurant chef looks at the robotic ball that Boudewijn Boon and his collaborators are developing. Where Boon sees a robot that adds spontaneity to the sterility of the hospital, Lisan sees a solution for distraction. Quite a difference, but that’s what happens when robotics enters the workplace – we are bound to be surprised, and sometimes maybe even delighted.

The post A robotic ball with playful intentions. What if you would use this? appeared first on RoboValley.