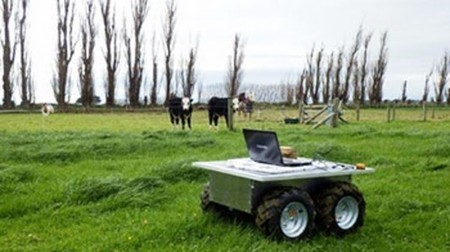 “We tend to think of livestock farmers as “one man and his dog,” but if AgResearch of New Zealand has anything to say, that pair may have to move over to include a robot. A team led by Dr. Andrew Manderson is developing AgriRover, an agricultural robot inspired by NASA’s Mars rovers. It’s a proof-of-concept prototype designed to show how robots can make life easier and more productive for livestock farmers.”