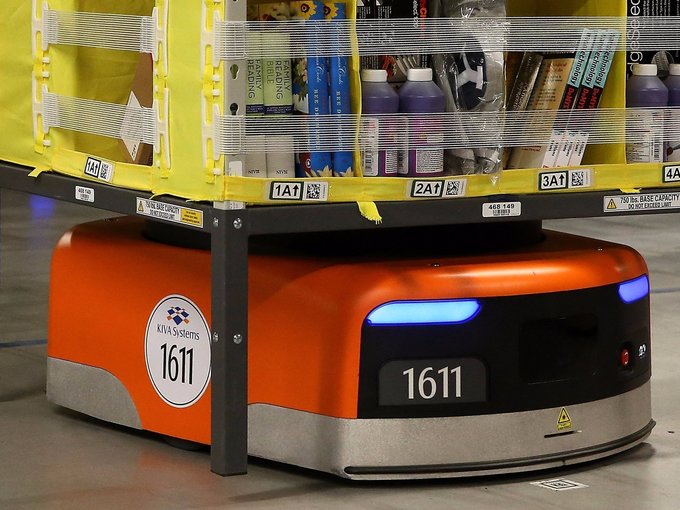 Amazon began using Kiva robots only last year, and by the end of 2014, said it had 15,000 bots working across 10 of its warehouses.

Now it looks like Amazon’s using the Kiva robots a lot more widely, according to its earnings call that just ended now.

“We are up to 30,000 bots at the end of Q3, and in the 13th fulfillment center,” Phil Hardin, Amazon’s director of investor relations said during the call. “Our intent is to use that more widely, so stay tuned.”