Army robots: The dawn of a new age 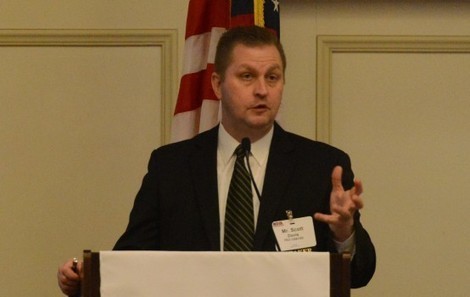 Scott Davis, program office for Combat Support and Service Support at the US DOD, provided the current Army posture on acquisition by listing the items and projects that the Army covets: incremental hardware and software enhancements to existing systems/chassis; sensor and payload upgrades; modularity; open architecture in IOP, or, in- and out-processing software; standardization; miniaturization and light weight; and, intelligent behavior.

As for intelligent behavior, Davis said, think bird dog – a small ground robot that can see, smell, hear and fetch. It would also have to be simple enough for a soldier to use, as his cognitive focus would need to be on mission, not the tooling for that mission.

“This area is ripe for industry-government engagement,” he told the reps.