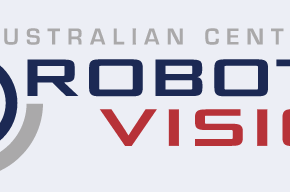 The Australian Centre for Robotic Vision is an ARC Centre of Excellence, funded for $25.6 million over seven years to form the largest collaborative group of its kind generating internationally impactful science and new technologies that will transform important Australian industries and provide solutions to some of the hard challenges facing Australia and the globe. Formed in 2014, the Australian Centre for Robotic Vision is the world’s first research centre specialising in robotic vision. They are a group of researchers on a mission to develop new robotic vision technologies to expand the capabilities of robots. Their work will give robots the ability to see and understand for the sustainable well-being of people and the environments we live in. The Australian Centre for Robotic Vision has assembled an interdisciplinary research team from four leading Australian research universities: QUT, The University of Adelaide (UoA), The Australian National University (ANU), and Monash University as well as CSIRO’s Data61 and overseas universities and research organisations including the French national research institute for digital sciences (INRIA), Georgia Institute of Technology, Imperial College London, the Swiss Federal Institute of Technology Zurich (ETH Zurich), and the University of Oxford.