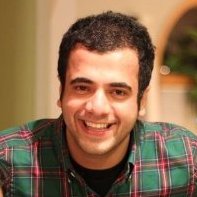 
Babak Saleh is a PhD student at the Department of Computer Science in Rutgers University working under supervision of Prof. Ahmed Elgammal. His primary research interest is Computer vision, Machine learning and Statistical pattern recognition. Mr. Saleh is a member of Center for Computational Biomedicine Imaging and Modeling (CBIM) at Rutgers. He also was a research intern at Disney Research in Pittsburgh. He has been working on “Abnormality Detection in Images”, “Zero-Shot Learning”, “Image Description”, “Fine-grained Object Recognition” and “3D Human Pose Estimation”. He has publications in CVPR, ICCV, ICIAP, VISAPP and Computer vision journals. He released a dataset on Artistic images for computer vision research and published the first dataset of Abnormal Objects. Mr. Saleh received his M.Sc. degrees in Computer Science from Rutgers University in May 2013 and is pursing a M.Sc. in Statistics at Rutgers University. He got his B.Sc. degree in Computer Science from Sharif University of Technology in Tehran, Iran on June 2010.