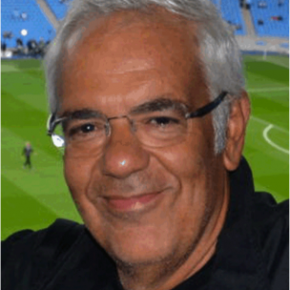 Bruno Siciliano is Professor of Control and Robotics, Director of the Interdepartmental Center for Advanced Robotics in Surgery (ICAROS) and Responsible of the PRISMA Lab in the Department of Electrical Engineering and Information Technology at University of Naples Federico II. He is also Honorary Professor of Óbuda University. His research interests include force and visual control, human-robot interaction, aerial, service and surgical robotics. He has co-authored 7 books, 85 journal papers, 250 conference papers and book chapters. He has delivered 150 invited lectures and seminars at institutions worldwide, and he has been the recipient of several awards. He is a Fellow of IEEE, ASME and IFAC. He has served on the editorial boards of several peer-reviewed journals and has been chair of program and organizing committees of several international conferences. He is Co-Editor of the Springer Tracts in Advanced Robotics, and of the Springer Handbook of Robotics, which received the PROSE Award for Excellence in Physical Sciences & Mathematics and was also the winner in the category Engineering & Technology. His group has been granted sixteen European projects in the last eight years for a total funding of 9 M€, including an Advanced Grant from the European Research Council. Professor Siciliano is the Past-President of IEEE RAS and is currently serving on the Board of Directors of the European Robotics Association.

›   EuRoC Info Day is just around the corner