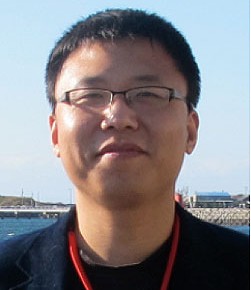 Fei Chen received his Bachelor of Science degree in Computer Science from Xi’an Jiaotong University (XJTU), China, in 2006 and his M.S. degree in Computer Science from Harbin Institute of Technology (HIT), China, in 2008. He received the Dr. Eng. degree from Fukuda Lab. in Micro-nano Systems Engineering, Nagoya University, Japan in 2012. Since April 2012, he had been working as a COE program researcher at Fukuda Lab for one year. Now he is working as a postdoc at the department of advanced robotics within Istituto Italiano di Tecnologia, Italy.