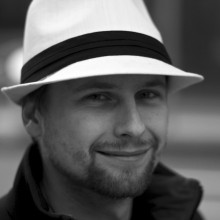 
François Pomerleau began his research career supervised by the Canadian and European Space Agencies during his undergraduate studies in Computer Engineering at the Université de Sherbrooke. He obtained is Master degree in Robotics (2009) at same University after a one year exchange at EPFL (Lausanne - Switzerland). He completed his Ph.D. at ETH Zurich (Switzerland) during which he participated in multiple field deployments in uncontrolled environments. After a short research project at Laval University, he is now continuing his postdoctoral research at the University of Toronto in the Autonomous Space Robotics Lab. His research interests include laser based 3D mapping, environmental monitoring, search & rescue activities, 3D path planning and scientific methodology applied to Robotics. In his free time, he also work on his photography skills.