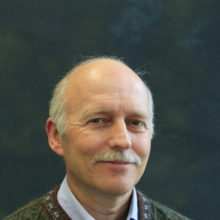 Guido Bugmann is an associate professor (Reader) in Intelligent Systems at the Centre for Robotic and Neural Systems of Plymouth University. He works on human-robot dialogue systems, motion controllers for wheeled and walking robots, and modelling biological vision and instruction-based learning. He contributed to the development of PlymBot, a record-wining humanoid competition robot. He managed the UK virtual Centre for Personal Robotics (2007-2010). He teaches Neural Computation and Natural Language Spoken Interfaces. He manages the MSc in Robotics. He previously worked at the Swiss Federal Institute of Technology in Lausanne, NEC's Fundamental Research Laboratories in Japan and King's College London. He has three patents and more than 150 publications. Bugmann studied physics at the University of Geneva and received his PhD in physics at the Swiss Federal Institute of Technology in Lausanne. He is a member of the Swiss Physical Society, the British Machine Vision Association, AISB, the board of EURON (2004-2008), and the EPSRC peer-review college.