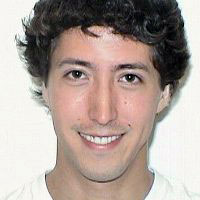 Graduating from Vassar College in 2010 with a degree in cognitive science, Jonathan joined the Fly Olympiad team at HHMI’s Janelia Farm Research Campus. After two years of working on an ambitious structure function mapping project, he decided to leave the world of neuroscience to pursue a graduate degree in mechanical engineering at Boston University. He will graduate in the fall of 2014 with an MS, having focused on robotics, dynamics, and controls.