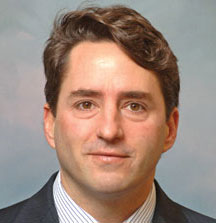 Michael E. Drobac serves as Executive Director of the Small UAV Coalition, an organization composed of leading technology companies with the goal of advancing the recreational, public, philanthropic, and commercial use of small unmanned aerial vehicles. In his role as Senior Policy Advisor at Akin Gump Strauss Hauer & Feld LLP in Washington, D.C., Mr. Drobac advocates before Congress and federal agencies in support of the policy objectives of his clients in the technology and telecommunications sectors. His expertise includes Policy and Regulation, Privacy and Data Protection, and Communications and Information Technology. Mr. Drobac received his law degree from the University of Oregon and began his public policy career as a legislative assistant to then U.S. Senator Gordon Smith (R-OR) on Capitol Hill in Washington. He subsequently served as legislative counsel to U.S. Senator Kay Bailey Hutchison (R-TX) and then as legislative director to U.S. Senator Norm Coleman (R-MN). During his career, he worked as head of government affairs for two different technology-related organizations – Netflix and the Online Publishers Association – and served in a senior role at a third, IAC/InterActiveCorp. He established, and served, as the first director of Netflix’s Washington, D.C. office, where he identified and developed the first official set of short and long-term policy goals for the company on federal, state and international policy issues. Mr. Drobac also founded an Internet start-up to address chronic disease. He received his B.A. and M.A. at Stanford University, his J.D. at University of Oregon School of Law, and his LL.M. from the London School of Economics and Political Science.