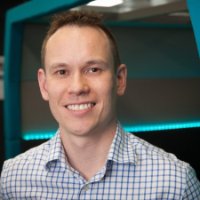 I am a leading robotics researcher conducting interdisciplinary research at the boundary between robotics, neuroscience and computer vision, and a multi-award winning educational entrepreneur. My research models the neural mechanisms in the brain underlying tasks like navigation and perception in order to develop new technologies, with a particular emphasis on challenging application domains where current techniques fail such as all-weather, anytime positioning for autonomous vehicles. I currently hold the position of Associate Professor at the Queensland University of Technology, as well as Australian Research Council Future Fellow, Microsoft Research Faculty Fellow and Chief Investigator on the Australian Centre for Robotic Vision. My research has attracted more than twenty-one million dollars in research and industry funding, and my papers have won (4) or been finalists (7) for 11 best paper awards. My citation h-index is 25, with 2491 citations as of May 2017. I have given more than 60 invited presentations across twelve countries at top international conferences, universities (including Harvard, MIT, CMU, Boston Uni, Cambridge and Imperial College London) and corporations (including Google and Microsoft). As an educational entrepreneur, I have written and produced innovative textbooks for high school students for fifteen years, with more than 6000 physical sales and website and YouTube views in excess of 1.5 million. I recently launched the company Math Thrills, an initiative combining mass market entertainment and STEM education. Math Thrills received pre-seed funding on Kickstarter ($2500), seed funding ($50,000, QUT Bluebox), an AMP Tomorrow Fund award ($25,000). The initiative has led to awards including the 2015 Queensland Young Tall Poppy of the Year Award, a 2015 TedXQUT talk and 2017 World Science Festival event. I have dual citizenship between Australia and the United States, and have lived and worked in Boston, Edinburgh and London.


›   2017 IEEE International Conference on Robotics and Automation: A summary