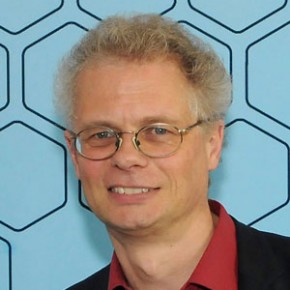 
Peter Seitz received his M.Sc. degree in experimental physics in 1980 from the Federal Institute of Technology (ETH) in Zurich, Switzerland, and in 1984 he obtained the Ph.D. degree from ETH for research work in X-ray Computer Tomography at the Institute for Biomedical Engineering.

From 1984 to 1987 he was a staff member of the RCA research laboratories in Princeton, New Jersey (David Sarnoff Research Center) and in Zurich, Switzerland, performing applied research in optics and image processing. In 1987 he joined the Paul Scherrer Institute in Zurich, where he created and led the Image Sensing research group. From 1997 to 2012 he was working for CSEM, first as a group leader and then as head of CSEM’s Photonics division in Zurich. From 2006 to 2011, he was CSEM’s Vice President Nanomedicine, building up and heading the Research Center for Nanomedicine in Landquart, Switzerland. Since 1998 he has also been a professor of Optoelectronics at the Institute for Microtechnology of the University of Neuchâtel, Switzerland, and in 2009 he transferred as an adjunct professor to EPFL.

Today, he is Managing Director of the ETH Innovation and Entrepreneurship Lab; concurrently he is building up and heading the Hamamatsu Photonics Europe Innovation Center.

Peter Seitz has authored and co-authored 180 publications in the fields of applied optics, semiconductor image sensing, machine vision, optical metrology and in the MedTech domain. He holds 40 patents, and he has won more than 20 national and international awards together with his teams, of which the most prestigious is the IST Grand Prize 2004 of the European Commission. He is a Fellow of the European Optical Society EOS and a life member of the Swiss Academy of Engineering Sciences SATW.


›   Why fostering high-tech innovation and entrepreneurship matters to the economy, and what universities can do about it