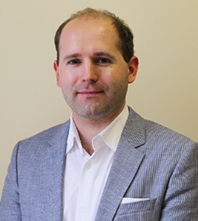 Roderich Groß received a Diploma degree in Computer Science from TU Dortmund University in 2001 and a PhD degree in Engineering Sciences from the Université libre de Bruxelles in 2007. From 2005 to 2009 he was a JSPS Fellow at Tokyo Institute of Technology, a Research Associate at University of Bristol, a Marie Curie Fellow at Unilever, and a Marie Curie Fellow at EPFL. Since 2010, he has been with the Department of Automatic Control and Systems Engineering at the University of Sheffield, where he is currently a Senior Lecturer. His research interests include natural computing and distributed robotics. He has authored more than 80 publications on these topics. He is a Senior Member of the IEEE and has served as an Associate Editor of Swarm Intelligence, IEEE Robotics and Automation Letters, and IEEE Computational Intelligence Magazine and participated as a senior organizer in several international conferences and workshops.


›   Machines can learn by simply observing, without being told what to look for