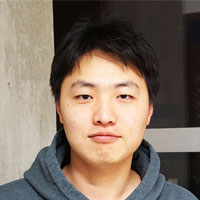 Stela H. Seo received his Master of Science and Bachelor of Computer Science degrees, specializing in Human-Robot Interaction, from the University of Manitoba, Canada. He has worked in the human-robot interaction lab and published his Master's work "Poor Thing! Would You Feel Sorry for a Simulated Robot? A comparison of empathy toward a physical and a simulated robot." in the 10th ACM/IEEE International Conference on Human-Robot Interaction 2015, one of the highly prestigious venues in the field. Stela will enter the Ph.D program at the University of Manitoba in September 2015. He recently won a $20,000CAD per year award to fund his Ph.D studies and continue on with his research. As a junior researcher, he is focused on extending his knowledge and contributing to a variety of research projects. Stela is interested in a wide range of research topics such as human-robot interaction, human-computer interaction, interactive contents design, databases, and artificial intelligence.