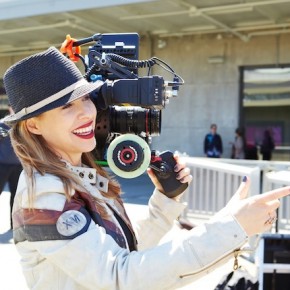 Tiffany Shlain, filmmaker and founder of the Webby Awards, has received over 60 awards for her films and work including her recent Emmy nomination for her show The Future Starts Here. Season 2 launches on Oct 23rd. Four of her films premiered at Sundance including her feature doc Connected: An Autoblogography about Love, Death & Technology.

›   Why do people love robots? Find out in this Botscar-winning Robot Film Festival short