Today we celebrate the 50th episode of ROBOTS!

For the occasion we speak with 12 scientists about the most remarkable developments in robotics over the last 50 years and their prediction for the next half-century. This 50th special is split into two episodes with the second half airing in two weeks.

He tells us about the software URBI that he created to help developers program and control robots and his motivation to go open source at the International Conference on Robotics and Automation (ICRA) in a couple of weeks.

In this episode we focus on chaos control and ways to generate unpredictable behaviour. Our first guess, Poramate Manoonpong is a research associate at the Bernstein Center for Computational Neuroscience in Göttingen, Germany where he studies ways to make an insect like robot get out of tricky situations by generating chaotic input to a central pattern generator (CPG) in charge of the robot’s gait. We then speak with Alex Pitti from the University of Tokyo about chaos controllers that can synchronise to the dynamics of the body they are controlling, thus creating more complex behaviours while at the same time simplifying the controller.

The future of artificial intelligence, with Kristinn R. Thórisson and Wendelin Reich

In this episode we stray into the realm of artificial intelligence, what it means, its early beginnings and where it may be going in the future. We speak with Kristinn R. Thórisson from Reykjavik University in Iceland who’s been involved in the AI scene for the last 20 years. He tells us about some of the great advances, but also some of the disappointments in the field, and where he thinks AI will be used in the near future. We then attempt a closing definition on the question “What is a Robot?” with Prof. Wendelin Reich from the Swedish Collegium for Advanced Study at Uppsala University, Sweden.

In today’s episode we speak with the lead scientist of the SPHERES project, Dr. Alvar Saenz-Otero from MIT, which aims at developing autonomous formation flight and docking control algorithms for nano-satellites. We then dissect a well known definition of a robot dating back to 1979.

Today we speak about two incredible missions conducted with Autonomous Underwater Vehicles (or AUVs). We first speak with Oscar Schofield from Rutgers University in the US about his fleet of gliders that can spend months at a time at sea, and some of their amazing achievements like crossing the Atlantic ocean. Our second guest is Mark Moline from the Center for Coastal Marine Sciences at Cal Poly State in California. He just came back from an expedition in the arctic where he used AUVs to discover that there are some agitated forms of life, in the deep cold.

Today’s show is centered around robots in the air, and more specifically on Unmanned Aerial Vehicles (UAVs) of the quadrotor variety. We chat with Joshua Portlock from Cyber Technology about their portfolio of different-sized UAVs with special emphasis on the CyberQuad, a four-rotor helicopter with advanced autonomous capabilities. Near the end of the show we also start what will hopefully be an animated debate on what exactly is the definition of a Robot, so join in the discussion!

In today’s show we focus on the great depths of our ocean and robotic vehicles capable of taking us deeper than we ever imagined. Alberto Collasius Jr. tells us about his institute’s highly-advanced remotely operated vehicle, or ROV, capable of bringing high-definition video from over 5km underwater. We then announce the winner of our Christmas contest and proud owner of two Didel SA robot kits.

For this special episode, we’ll be speaking with three people who made it into Christine’s news section for a debriefing on why their robot was such a breakthrough and what they see coming up in 2010. Our first interview is with Cecilia Lashi, the co-coordinator of the Octopus European project that made the news with their soft bio-mimetic robotic octopus arm. Our second guest, Carl Morgan, is from the hobbyist community. He presents Joules, the sleek silver humanoid that rides behind your tandem bike and does all the pedaling. Finally, we speak with Carson Reynolds who is professor at the University of Tokyo, he’ll be telling us about his high-speed robotic hand with incredible dexterity.

With the holiday season ahead of us and Christmas dinners already started, many of us are starting to feel the pinch at our waistlines and are planning some ambitious weight-loss goals as New Year’s resolutions. To help with those resolutions, today’s show will focus on robotic help for losing weight! We speak with Cory Kidd from Intuitive Automata about his robotic weight-loss coach that can help you take those pounds off and keep them off, and may take your Roomba‘s place as your new robotic best friend.

We’ll also be holding a Christmas contest for a chance to win two kits to build tiny hyperactive bug-like robots offered by Didel SA. For a chance to win, just tell us “who created the giant 6-legged robot” featured in one of our episodes this year at contest@robotspodcast.com.

Today’s show is a special episode on space robots. We start by speaking with Julie Townsend from the Jet Propulsion Laboratory at the California Institute of Technology and her work with NASA‘s Mars Exploration Rovers and the lunar ATHLETE robot. We then speak with Sebastian Gautsch from the SAMLAB in Neuchatel, Switzerland, who tells us about his Atomic Force Microscope that was sent to Mars aboard the Pheonix lander in the Spring of 2008.

In this episode we speak with two experts in robot learning. Andrea Thomaz from Georgia Tech looks at how humans can teach and humanoids learn with the hope to create good human-robot interactions. We then speak with Sethu Vijayakumar from the University of Edinburgh about machine learning and how it can be used to teach a robot hand to balance a pole.

In today’s show we’ll be looking at robots used for the rehabilitation of stroke patients. Our first guest, Ludovic Dovat for the National University of Singapore is part of a multi-national team working on robotic devices that help patients regain the use of their hands. Our second guest, David Brown, is co-founder of Kinea Design near Chicago that makes a rehabilitation robot called the KineAssist. As a physiotherapist, he gives us his hands-on view on how robots can help patients re-learn to walk.

In this episode we’ll be speaking about snake robots slithering through pipes, disaster areas and even your body. We first speak with expert Howie Choset from Carnegie Mellon University about the big-picture concerning these reptile-like machines. We then turn to Erik Kyrkjebø from SINTEF Applied Cybernetic in Norway for an in depth coverage of their pipe inspection snake robots. 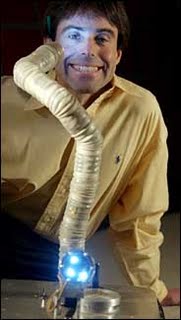 Howie Choset is an associate professor and the director of the BioRobotics Lab at Carnegie Mellon University where his research in path planning, motion planning and estimation have been used to control a range of snake-inspired robots. Choset tells us how snake robots can slither, slide, squeeze or climb into places that people, or even other types of robots can’t reach. He explains the basics of snake robot design and the mechanical challenges faced by robots that have so many degrees of freedom. He also talks about the multitude of different gaits a snake robot can use and how they are particularly suited for search and rescue, industrial inspection and even minimally-invasive surgery.

Choset and his robots are regularly featured in the media, such as the CNet report below: 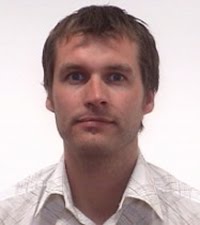 Erik Kyrkjebø is Senior Researcher at the Applied Cybernetic departement at SINTEF in Norway which is the largest independent research organization in Scandinavia. SINTEF is focused on bridging the gap between academia and industry through very down to earth projects.

From the multi-robot coordination he studied during his PhD at the Norwegian University of Science and Technology, he’s now gone to multi-link snake robots. The resulting PiKo robot developed at SINTEF is intended for pipe inspection tasks and can move up and down vertical pipes and negotiate corners.

Kyrkjebø discusses the specific technical details and challenges regarding the autonomy and locomotion of his slithering machines including batteries, wet environments, sensors and control. He also presents another snake robot developed at SINTEF that can fight fire. This Anna Konda is propelled using water and at the same can use the water to calm the flames.

So, will we soon be seeing snake robots climb into our bathroom?

For an excellent video explaining the workings of the Chembot as well as more information on Panasonic’s and Honda’s latest robotic creations, visit the Robots Forum!

University of Sheffield   Institute of Cognitive Sciences and Technologies

In today’s show we’ll be dabbing at the subject of active touch. Our first guest, Tony Prescott from the University of Sheffield in the UK has been looking at how rats actively use their whiskers to sense their environment and how this can be used in robotics or to help understand the brain. Our second guest, Elio Tuci, evolved a robot arm to touch an object and then figure out what the object is as a first step towards understanding language in humans.