Distributed Artificial Intelligence climbs out of the box | The Platform 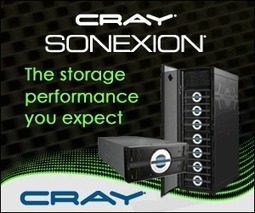 “If complex artificial intelligence applications could easily be run on the fly across hundreds of thousands of compute cores around the world–and at a cost that significantly undercuts the top public cloud providers–a new world of potential uses and new applications will certainly flourish. So, too, would the company capable of providing such a paradigm.

Long the domain of big supercomputing sites in research and commercial spheres, AI at this scale has been off limits for all but the largest institutions. But one startup, not long out of stealth and armed with the creators of Siri on the software side and some mysterious hardware infrastructure, and $143 million to push to the its own massive grid of compute, is aiming to make this a reality. The interesting thing is that the company has already shown how it can work in the context of some unique use cases–but the question is how it actually can compete in price, performance, and scalability.

While Sentient Technologies is not in the business of selling cycles for AI workloads, the infrastructure angle is worth noting, in part because it’s using an older approach to a much newer array of problems.”