Down on the farm with drones There are bushels of folks out there now spending money and putting time in finding niches for unmanned systems that already exist. You may be saying, isn’t that what we should be doing? Possibly, but first we have to understand that the idea of carrying sensors on aircraft is not revolutionary, it has been going on for years. Drones too, but we are supposed to act like it doesn’t happen because FAA policy says so.

At the lower end of the data collection spectrum of course is photography. Pretty pictures may be enough to satisfy some. However, others may need just a little more data to make all of the regulatory hassle and cash outlay worthwhile. Let’s use the pick-up truck analogy that has been bandied about. Sure you can haul your roller-skates, but does the added expense and cost to operate justify the outlay?

The broad brush of application lacks definition and is almost as wild and vague as the general public’s capabilities concept of drones. Yes, they can do a lot of something, but what can they really do, and more important still, what is the value proposition? There is a lot of cheap data, but cheap is not always good if you are the one that has signed up to supply it.

This is where the public drone conversation meshes on both the pro and con side of the issue. Plenty of people mistakenly assume that many of these sensors are revolutionary, and cannot, nor have they ever been flown until the advent of the drone. Not so much, as there are companies that have been doing this type of work for many years, even employing kites and balloons.

There is a lot of cheap data, but cheap is not always good if you are the one that has signed up to supply it.

Even those who do not possess an advanced degree in Thinkology understand the prima facie value proposition: lessen farm inputs while increasing farm outputs. Still, many for some reason totally disregard the fact that you can hire, or buy a single engine aircraft that affords the capacity of flying almost anywhere in the National Airspace System (NAS). So, for +/- $100 per hour you can fly an array of different sensors completely unfettered by purely arbitrary regulatory criteria.

I know you’re thinking… “ok that’s great, but this isn’t the same old routine… I’ve got a new angle on this agrarian gold rush thing.” You’re not alone, as I get the barn-full-of-cash call from all sizes and shapes of companies evaluating that very same proposition. I usually start with, “What system are you using, and why?”

There are a few items that should be contemplated. One, how many drone amateurs will be out there trying to eat your lunch on what will amount to the pool route business model. Those in the business already got a taste of it prior to the policy clarification of 2007. How many UAV companies can one town support before the prices start to drop? In mid 2005 and 2006 scads of folks jumped in, as they were now able to tell their wives that this wasn’t just some self-indulgent hobby they were dumping thousands of dollars into anymore. Second, the regulatory model had folks flying well beyond what is now globally accepted as VLOS (Visual Line Of Sight). If a pilot is good, that envelope allows for approximately 300 +/- acres (standing in the middle of the crop with a certificated spotter), for the venerable point and shoot camera, less for sensors that have smaller fields of view. That will require that you pack up and move the operation at least once to capture the average U.S. farm at around 441 acres. Now, I’m not saying that you should bring the Wranglers and boots back to Sears… UA’s and precision Ag do hold a lot of promise. However, before you run out and purchase equipment for an illegal business with legally earned money, you may want to stop, step back, and go over the plan one more time. I hate to be the one that rains on the scarecrow, but do yourself a favor and take the time get educated.

It seems everyone these days is rolling out grandiose Precision Agriculture business plans. These plans would raise a brow with those that have already been working the rows. Some of them are so eccentric on both ends of the spectrum that I wonder if they’ve been collaborating with the scarecrow.

Incautious plans that are built around the purchase of surplus military systems including, but not limited to, Shadows, Global Hawks and or Predator variants should be reevaluated by independent third parties. Investors and other would-be business people that believe the regulatory side of things will just “work themselves out”, might be better off just getting into another business altogether.

The tangible promise to be realized with unmanned aircraft has always been low cost and self-guided remote sensing. Separating the wheat from the hype chaff may be a more profitable endeavor in the long run. 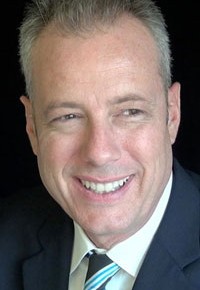 Patrick Egan Patrick Egan is the editor of the Americas Desk at sUAS News and host and Executive producer of the sUAS News Podcast Series.

Patrick Egan Patrick Egan is the editor of the Americas Desk at sUAS News and host and Executive producer of the sUAS News Podcast Series.