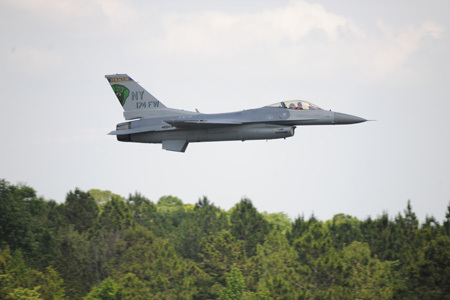 “The latest weapon in the military’s arsenal will arrive in Panama City on Monday.  The first of six QF-16’s, an unmanned version of the F-16 Falcon fighter jet, will land at Tyndall Air Force Base at 12 noon.  Boeing, which has a contract to build as many as 126 of the drones, will transfer the QF-16 from Jacksonville to Tyndall for testing to make sure the full-scale drone is compatible with the Gulf Range Drone Control System which is used to fly other drones by remote control.”