The task force’s report identified two significant hurdles the NSF needed to overcome to support high risk/high return proposals: 1) the conservatism of the peer review process, and 2) the reluctance of NSF program officers to fund research with a high potential for failure in an environment in which proposals with a high probability of success were not being funded because of limited budgets. The task force suggested a variety of ways to encourage NSF support of these risky proposals, most of which depended upon giving the program officer encouragement to use his or her discretion to identify and fund such proposals. None of the recommendations of the task force were immediately adopted by NSF, although some of the mechanisms suggested appear in modified form later.

A small number of failed grants were a necessary and unavoidable by-product of efforts to fund innovative research.

The first NSF mechanism for supporting high risk proposals was developed in the recently created Engineering Directorate in the mid-1980s. Engineering took the initiative because of the leadership of Assistant Director Nam Suh, who felt that a small number of failed grants were a necessary and unavoidable by-product of efforts to fund innovative research. The Directorate was also responding to recommendations by the National Academy of Engineering for NSF support of high-risk/high- return research. Engineering established a pilot project called Expedited Awards for Novel Research (EANR), encouraging program officers to fund innovative proposals without the benefit of peer review.

The successes of EANR funded proposals persuaded NSF Director Erich Bloch to establish the Small Grants for Exploratory Research (SGER) mechanism for the entire NSF in August 1989. Restricted to no more than 5% of any program’s budget, SGER awards, like EANR awards, bypassed the external peer review process. There were a number of objectives for SGER awards, but one was to induce researchers to “propose high-risk work to NSF.”

In 2004, the National Science Board established a Task Group on High-Risk Research to reexamine the issue. Its work, and that of an NSF staff task force on the topic, led to the replacement of the SGER award mechanism by a number of other mechanisms in 2009. The most important of these for high-risk research was the Early-concept Grant for Exploratory Research (EAGER). An EAGER award will provide up to $300,000 for up to two years of “high-risk, high-payoff” research. Like its predecessors, EAGER awards do not require external review. 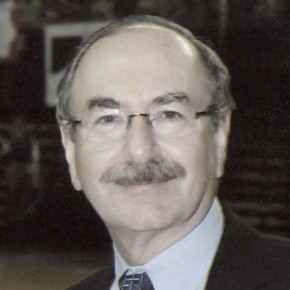 Marc Rothenberg is agency Historian of the National Science Foundation.

Marc Rothenberg is agency Historian of the National Science Foundation.