For the first time, Humanoids 2017 is hosting a photo contest. We received 39 photos from robotics laboratories and institutes all over the world, showing humanoids in serious or funny contexts.

A jury composed of Erico Guizzo (IEEE Spectrum), Sabine Hauert (Robohub) and Giorgio Metta (Humanoids 2017 Awards Chair) will select the winning photos among those that will receive the more likes on social media.

The idea of using these media is to increase awareness and interest for humanoids and robotics among the public, as these photos can be easily shared and reach people outside the research and robotics field.

You can see and vote for all the photos on Facebook or below by liking the photos (make sure you look at all of them!). More information about the competition can be found here. 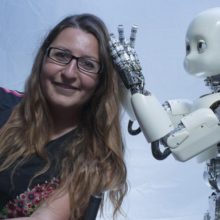