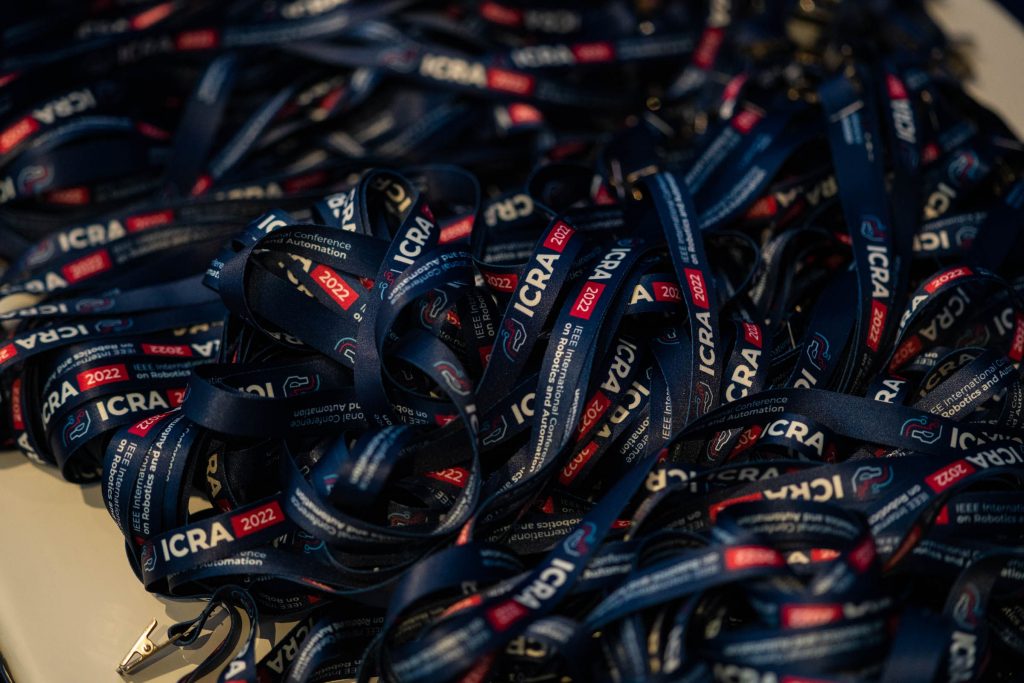 As one of the ICRA Science Communication Award Winner, I covered the virtual aspects of ICRA 2022. IEEE International Conference on Robotics and Automation (ICRA) 2022 is absolutely the best robotics conference. It generally covers a vast range of robotics including but not limited to perception, control, optimization, machine learning and application-robotics. In 2022, ICRA was held in Philadelphia, where the U.S. declaration of independence was signed, for a week from May, 23rd to May, 27th. This conference is also one of the first in-person conferences for roboticists after a couple of pandemic years. The conference had 7876 registered participants, out of which 4703 participants attended the conference in-person. You can access the conference technical papers and presentation here. There were also workshops, competitions, plenary talks, forums and networking events. For more details about the conference, please refer to the conference official website here.

Due to travel issues, I couldn’t attend ICRA 2022 in-person. Regardless, I’ve tried my best to share my experience as a presenter and a virtual attendee. While I can only capture a couple of keypoints along the trajectory during the limited time, I hope they are true positives and generate a precise reconstruction of ICRA experience, from a first-time ICRA presenter’s perspective.

ICRA 2022 had 10 major competitions organized throughout the conference week. In this article, let’s take a quick look at what challenges in robotics were addressed via the organized competitions:

The BARN Challenge was designed for a robot to navigate from a predefined start pose to a goal pose with minimum time while avoiding collisions. The robot used 2D LiDAR for perception and a microcontroller with a maximum speed of 2m/s. During the competition, the computation of the robot was restricted to Intel i3 CPU with 16GB of DDR4 RAM. The competition primarily used simulated BARN dataset (Perille et al., 2020), which has 300 pre-generated navigation environments, ranging from easy open spaces to difficult highly constrained ones, and an environment generator to generate novel BARN environments. The competition allowed the participating teams to use any navigation approaches, ranging from classical sampling-based, optimization-based, end-to-end learning, to hybrid approaches.

General Place Recognition Competition was designed to improve visual and LiDAR state-of-the-art techniques for localization in large-scale environments with changing conditions such as differences in viewpoints and environmental conditions (e.g. illumination, season, time of day). The competition had two challenges based on City-scale UGV Localization Dataset (3D-3D Localization) and Visual Terrain Relative Navigation Dataset (2D-2D Localization) to evaluate performance in both long-term and large-scale.

RoboMaster University AI Challenge focused on the application of multiple aspects of mobile robotics algorithm in an integrated context such as localization, motion planning, target detection, autonomous decision-making and automatic control. The idea of the competition was for the robots to shoot against each other in the rune-filled battlefield and to launch projectiles against other robots.

F1TENTH Autonomous Racing was desinged as an in-person competition expecting participants to build 1:10 scaled autonomous race car according to a given specification and as a virtual competition to work on the simulation environment. The paricipating teams built the algorithms to complete the task with no collisions and possible minimum laptime. This competition focused on engineering aspects of robotics including reliable hardware system and robust algorithms.

Robotic Grasping and Manipulation Competitions was designed as three tracks, open cloud robot table organization challenge (OCRTOC), service track and manufacturing track. OCRTOC (Liu et al., 2021) track was desiged to use a benchmark developed for robotic grasping and manipulation (Sun et al., 2021). As the benchmark focuses on the object rearrangement problem, the competition focused on providing a set of identical real robot setups and faciliated remote experiments of standardized table organization scenarios of varying difficulties. Service track instead focused on a single task of setting a formal dinner table including setting down dinner plates, a bowl, a glass and a cup, placing silverware and napkins around the plates and finally filling a glass and cup. Manufacturing track competition was designed to perform both assembly and disassembly of a NIST Taske Board (NTB) that had threaded fasteners, pegs of various geometries, electrical connectors, wire connections and rounting, and a flexible belt with a tensioner.

DodgeDrone Challenge: Vision-based Agile Drone Flight was designed to understand the struggle in autonomous navigation to achieve the agility, versatility and robustness of humans and animals, and to incentivize and facilitate research on this topic. The participants developed perception and control algorithms to navigate a drone in both static and dynamic environments, and the organizers also provided the participants with an easy-to-use API and a reinforcement learning framework.

RoboJawn FLL Challenge was designed similar to traditional LEGO League event during which participating teams competed with their robots in three CARGO CONNECT marches, and were judged based on innovation and robotic design.

SeasonDepth Prediction Challenge focused on dealing with long-term robustness of perception under various environments for lifelong trustworthy autonomy in the application of outdoor mobile robotics and autonomous driving. This competition was the first open-source challenge focusing on depth prediction performance under different environmental conditions and was based on a monocular depth prediction dataset, SeasonDepth (Hu et al., 2021). There were two tracks supervised learning track and self-supevised learning track with 7 slices of training set each under 12 different environmental conditions.

Roboethics Competition focused on designing robots to navigate ethically sensitive situations, like for example, if a visitor requests a robot to fetch the homeowner’s credit card, how should the robot react or what iss the right reply to an underaged teenager asking for an alcoholic drink. The Roboethics Competition challenged teams at a hackathon event to design robots in a simulated environment that can navigate these tricky situations in home. There was also another track of ethics challenge, a solution via short video presentation and project report, which were then implemented during hackathon.

Ahalya Ravendran is a doctoral student at the Australian Centre for Field Robotics, The University of Sydney, Australia.

Ahalya Ravendran is a doctoral student at the Australian Centre for Field Robotics, The University of Sydney, Australia.