Every April, National Robotics Week fuels a heightened awareness around robotics, its impact on society, and its growing importance in a wide variety of fields and applications. Robotics, however, never seems to achieve its hyped potential from its beginnings in industrial applications, when the benefits of fast, precise, repetitive manipulation in manufacturing were a significant driver for adoption of early robotics solutions. While robot arms in manufacturing debuted the benefits of robotics technology to industry, the robot arms were put in cages and they largely stayed in those environments.

Manipulation is still a core part of manufacturing, and several employment and demographic issues are developing on a global scale—including the escalation of labor rates, double digit chronic turnover, generational culture changes, and a smaller eligible workforce due to societal aging demographics—that are driving the need for new innovations for manufacturing companies, which I think will have interesting implications for robotics. These innovations are focused on three main areas: low cost, end-effector capability, and dexterity and agile assembly.

The cost of robot arms has dropped significantly over the last decade, as much as 50 percent or more for some applications. Over the last few weeks, two new industrial robot arms were introduced that represent the current bar in the lower cost robot arms race: the UR3 from Universal Robotics at US$23,000, and Sawyer from Rethink Robotics at US$29,000. The story around lower cost robot arms for manufacturing, however, is not as straightforward as lower price equals more uses. Focusing just on price distracts from the practical realities of manufacturing robots. Yes, for every drop in price, there will be some cost-benefit analysis that will justify more use of robots, but this is marginally incremental. Our interaction with manufacturers confirms that the cost of the robot for most current uses is not a limiting factor. The bigger considerations are project and integration costs related to system design, programming, and installation, which account for as much as 80 percent or more of the total cost to deploy.

So when I say low cost, I am talking about a new target—industrial grade robot arms at US$5,000 or less. For manufacturers, this is the price point that would open up a significant broad new set of applications. Our team at SRI has been developing low cost dexterous hands over the last few years. We understand in painstaking detail how quickly the component costs can add up for any dexterous robot. We’ve demonstrated a 12 degree-of-freedom dexterous hand with a bill-of-materials around $500 at volume, and now have our sights on developing an arm that could come in at the $5,000 target price point. However, getting to that solution is hard, given the large parts list and the performance demands on transmissions and motors.

The functionality of a robot arm is determined by its end-effector. An interesting aspect of commercial robot arm companies is that, given this fact, very few of them actually offer their own end-effector products. This makes sense when you consider the wide range of end-effectors that are necessary to handle all of the possible use cases for arms.

In order to extend the capabilities of the current robot arms, there has been a recent surge in new companies developing more capable end-effectors. SRI is contributing to this surge through its spinout, Grabit.  Grabit uses electroadhesion as a novel approach to grasping items—including difficult items such as potato chip bags, textiles, and fresh fruit and vegetables—enabling new capabilities in a cost-effective way while requiring very little power. The thin form factor of Grabit grippers can also increase storage efficiency by stacking items more closely together, and now with EA integrated into conveyor systems, packages can be transported between levels in a mechanically simpler way. Other companies include Robotiq, which has been extending its line of grippers for industrial applications over the last few years, as well as Soft Robotics, Inc., and Empire Robotics, both emerging from different bases of work on soft robotic from Harvard and iRobot.

We have yet to see a fully dexterous robot hand emerge at a price point that can serve a mass market, but I believe this is within reach. We should expect to see more innovation around robot end-effectors.

Manufacturers are targeting a next set of robot capabilities related to dexterous assembly and other tasks that are now only possible with the touch of the human hand. A good example of this is the each-pick task, i.e., the ability to reach into a bin of unstructured parts, identify one item, grasp one item, remove one item, and then reposition it for assembly into the part. While today there is no general purpose solution to this problem, there is considerable R&D in universities, startup companies, and in industry to come up with this solution.

For each pick, so far, limited success has been achieved from approaches that use multiple robots to perform sorting in stages that ultimately present parts in a uniform way to the assembly station. It is likely that the eventual solution for each-pick will somehow combine physical dexterity and sensing from new end-effectors with perception and planning.

I’ve described the current R&D target for robotics being driven by the manufacturing market: low-cost, high-performance robots, with end-effectors capable of dexterous manipulation and agile assembly. Considerable investment is being made to create robust solutions, justified by real business drivers affecting the manufacturing industry, which I think will be available within five years or so.

This is opportune timing, based on another big trend I see emerging. As an independent R&D organization, the SRI Robotics Program is working at the leading edge of robotics across emerging service robotics markets like agriculture, elder care, and consumer home products. Whereas robot arm solutions in manufacturing 40 years ago were largely caged inside that industry, this new set of solutions targeted by the manufacturing industry will provide a set of tools that will accelerate deployment of robot arm solutions for these service robot applications and more. For instance, the agricultural industry can look to robotics solutions to help alleviate farmers’ challenges in finding the labor they’ve traditionally used to harvest their crops. There are potential applications in the service industry for performing manual tasks in restaurants such as cleaning and even food preparation. And in the healthcare field, the emergence of low cost robotics can also bring about solutions for therapy, rehabilitation, and personal care applications. It will be exciting to see if it plays out this way.

At SRI, we’re looking forward to enabling a new generation of low cost dexterous manipulation solutions that will drive adoption beyond mobility and beyond manufacturing. Also, this year, we’re once again partnering with Xconomy to host Robo Madness West. Join us along with some of the nation’s leaders in robotics technology and business to take a deep look at the real progress that robots are making today. 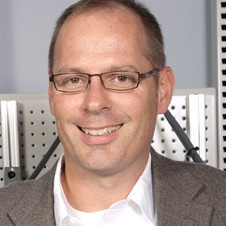 Rich Mahoney is the director of the robotics program at SRI International.

Rich Mahoney is the director of the robotics program at SRI International. 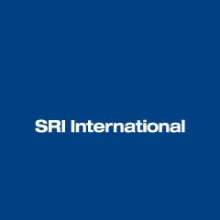