NASA signs agreement with SpaceX for use of historic launch pad 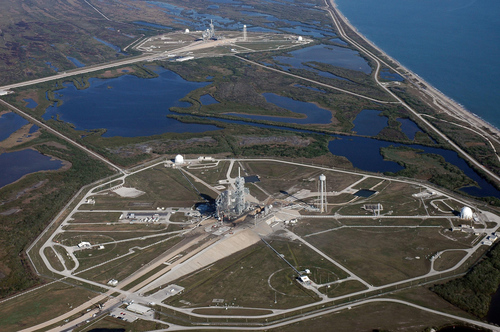 NASA Kennedy Space Center’s historic Launch Complex 39A, the site from which numerous Apollo and space shuttle missions began, is beginning a new mission as a commercial launch site.

NASA signed a 20-year agreement with SpaceX for the lease of LC39A. SpaceX will use the facilities for its commercial and US goverment contracted operation (re-supply of the ISS with the automated and unmanned for now Dragon capsule among others).

NASA will advance on the development of its new launch system SLS from the similar LC39B (a few miles away, visible in the photo).