New York: The gateway to industry 4.0

As Hurricane Florence raged across the coastline of Northern Carolina, 600 miles north the 174th Attack Wing Nation Guard base in Syracuse, New York was on full alert. Governor Cuomo just hung up with Defence Secretary Mattis to ready the airbase’s MQ-9’s drone force to “provide post-storm situational awareness for the on-scene commanders and emergency personnel on the ground.” Suddenly, the entire country turned to the Empire State as the epicenter for unmanned search & rescue operations.

Located a few miles from the 174th is the Genius NY Accelerator. Genius boasts of the largest competition for unmanned systems in the world. Previous winners that received one million dollars, include: AutoModality and FotoKite. One of Genius’ biggest financial backers is the Empire State Development (ESD). Last month, I moderated a discussion in New York City between Sharon Rutter of the ESD, Peter Kunz of Boeing Horizon X and Victor Friedberg of FoodShot Global. These three investors spanned the gamut of early stage funders of autonomous machines. I started our discussion by asking if they think New York is poised to take a leading role in shaping the future of automation. While Kunz and Friedberg shared their own perspectives as corporate and social impact investors accordingly, Rutter singled out one audience participant in particular as representing the future of New York’s innovation venture scene.

Andrew Hong of ff Venture Capital sat quietly in front of the presenters, yet his firm has been loudly reshaping the Big Apple’s approach to investing in mechatronics for almost a decade (with the ESD as a proud limited partner). Founded in 2008 by John Frankel, formerly of Goldman Sachs, ff has deployed capital in more than 100 companies with market values of over $6 billion. As the original backer of crowd-funding site Indiegogo, ff could be credited as a leading contributor to a new suite of technologies. As Frankel explains, “We like hardware if it is a vector to selling software, as recurring models based on services lead to better economics for us than one-off hardware sales.” In the spirit of fostering greater creativity for artificial intelligence software, ff collaborated with New York University in 2016 to start the NYU/ffVC AI NexusLab — the country’s first AI accelerator program between a university and a venture fund. NexusLab culminated in the Future Labs AI Summit in 2017. Frankel describes how this technology is influencing the future of autonomy, “As we saw that AI was coming into its own we looked at AI application plays and that took us deeper into cyber security, drones and robotics. In addition, both drones and robotics benefited as a byproduct of the massive investment into mobile phones and their embedded sensors and radios.  Thus we invested in a number of companies in the space (Skycatch, PlusOne Robotics, Cambrian Intelligence and TopFlight Technologies) and continue to look for more.”

Recently, ff VC bolstered its efforts to support the growth of an array of cognitive computing systems by opening a new state-of-the-art headquarter in the Empire State Building and expanding its venture partner program. In addition to providing seed capital to startups, ff VC has distinguished itself for more than a decade by augmenting technical founders with robust back-office services, especially accounting and financial management. Last year, ff also widened its industry venture partner program with the addition of Dr. Kathryn Hume to its network. Dr. Hume is probably best known for her work as the former president of Fast Forward Labs, a leading advisory to Fortune 500 companies in utilizing data science and artificial intelligence. I am pleased to announce that I have decided to join Dr. Hume and the ff team as a venture partner to widen their network in the robotics industry. I share Frankel’s vision that today we are witnessing “massive developments in AI and ML that had led to unprecedented demand for automation solutions across every industry.” 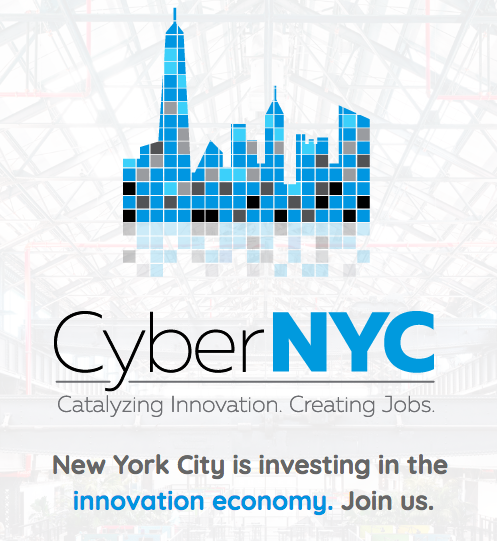 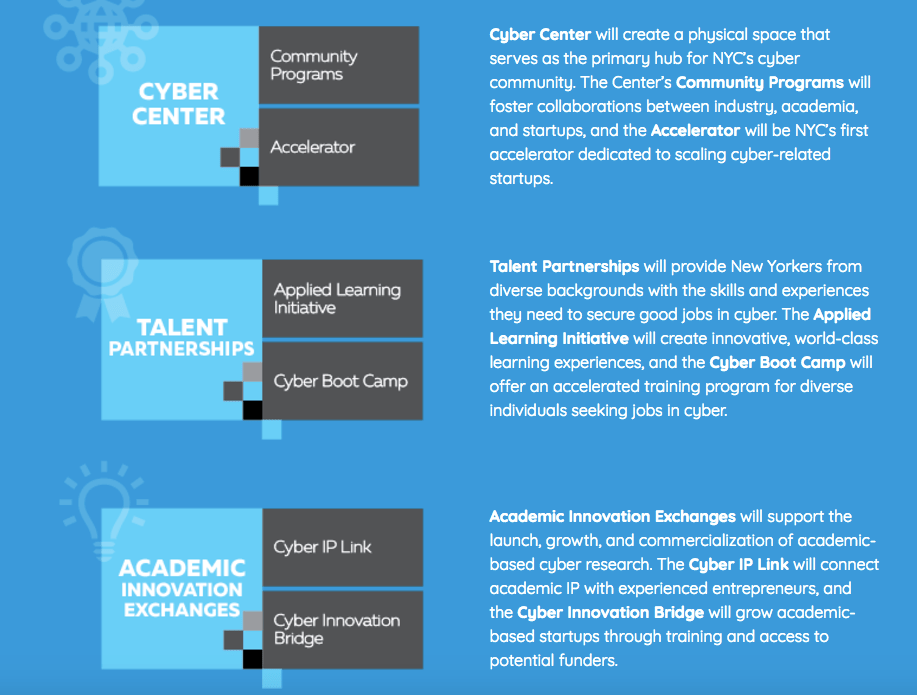 ff’s commitment is not an isolated example across the Big Apple but part of a growing invigorated community of venture capitalists, academics, inventors, and government sponsors. In a few weeks, New York City Economic Development Corporation (NYCEDC) will officially announce the winner of a $30 million investment grant to boost the city’s cybersecurity ecosystem. CyberNYC will include a new startup accelerator, city-wide programming, educational curricula, up-skilling/job placement, and a funding network for home-grown ventures. As NYCEDC President and CEO James Patchett explains, “The de Blasio Administration is investing in cybersecurity to both fuel innovation, and to create new, accessible pathways to jobs in the industry. We’re looking for big-thinking proposals to help us become the global capital of cybersecurity and to create thousands of good jobs for New Yorkers.” The Mayor’s office projects that its initiative will create 100,000 new jobs over the next ten years, enabling NYC to fully maximize the opportunities of an autonomous world.

The inspiration for CyberNYC could probably be found in the sands of the Israeli desert town of Beer Sheva. In the past decade, this bedouin city in the Holy Land has been transformed from tents into a high-tech engine for cybersecurity, remote sensing and automation technologies. At the center of this oasis is Cyber Labs, a government-backed incubator created by Jerusalem Venture Partners (JVP). Next week, JVP will kick off its New York City “Hub” with a $1 million competition called “New York Play” to bridge the opportunities between Israeli and NYC entrepreneurship.  In the words of JVP’s Chairman and Founder, Erel Margalit, “JVP’s expansion to New York and the launch of New York Play are all about what’s possible. As New York becomes America’s gateway for international collaboration and innovation, JVP, at the center of the “Startup Nation,” will play a significant role boosting global partnerships to create solutions that better the world and drive international business opportunities.” 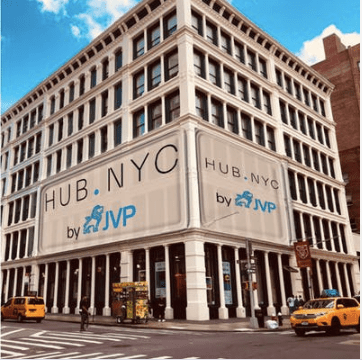 Looking past the skyscrapers, I reflect on Margalit’s image of New York as a “Gateway” to the future of autonomy.  Today, the wheel of New York City is turning into a powerful hub, connected throughout America’s academic corridor and beyond, with spokes shooting in from Boston, Pittsburgh, Philadelphia, Washington DC, Silicon Valley, Europe, Asia and Israel. The Excelsior State is pulsing with entrepreneurial energy fostered by the partnerships of government, venture capital, academia and industry. As ff VC’s newest venture partner, I personally am excited to play a pivotal role in helping them harness the power of acceleration for the benefit of my city and, quite possibly, the world.

Come learn how New York’s Retail industry is utilizing robots to drive sales at the next RobotLab on “Retail Robotics” with Pano Anthos of XRC Labs and Ken Pilot, formerly President of Gap on October 17th, RSVP today.