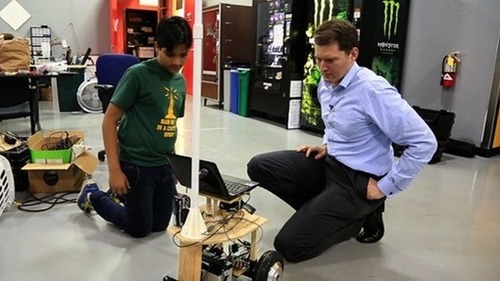 When Ted Larson, the CEO of a Silicon Valley robotics firm, hired Rohan Agrawal as his summer intern this year he was skeptical that Rowan could keep up with his team’s pace. Rohan, after all, is 12 years old.

The video makes the point that Rohan was able to explore and experiment at a high level because of the range of robotics clubs and hackerspaces in Silicon Valley. Also, that Rohan learned many of his tech skills from youtube and google.