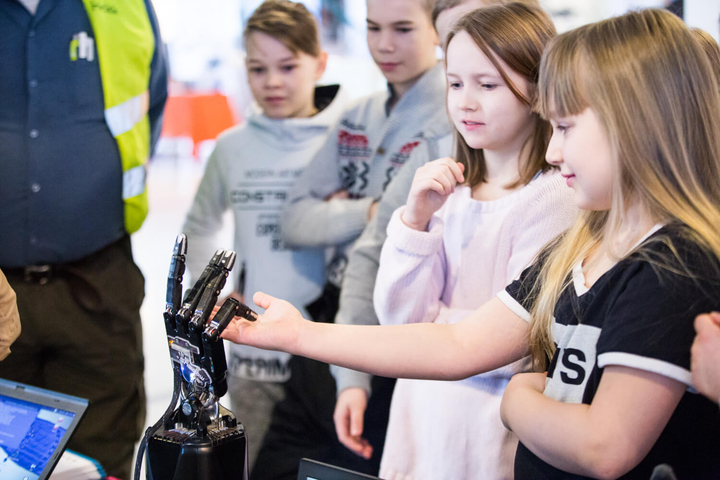 Will a robot take my job?
Media headlines often speculate about robots taking our jobs. We’re told robots will replace swaths of workers from taxi drivers to caregivers. While some believe this will lead to a utopian future where humans live a life of leisure provided for by robots, the dystopian view sees automation as a risk to the very fabric of society. Such hopes and fears have preceded the introduction of new technologies for centuries – the Luddites for example destroyed weaving machines in the 19th century to protest the automation of their sector. What we see, time and time again, is that technology drives productivity and wealth, which translates to more and better jobs down the line. But can we expect the same to happen with robots, or is this time different?

What do the numbers say?
Studies looking at the impact of robots on the job market have contradictory findings. A paper released by the National Bureau of Economic Research concludes that every robot introduced between 1990 and 2007 coincided with the elimination of 6.2 jobs within the commute area and a slight drop in wages. The International Federation of Robotics however found that from 2010 to 2015, the US industry installed around 135,000 new industrial robots, mainly in the car industry. During this same period, the number of employees in the automotive sector increased by 230,000, which suggests a positive impact on jobs.

Examples of this can also be seen in Amazon warehouses where the introduction of more than 100,000 warehouse robots did not lead to a dip in human labor. In fact, Amazon has added 113,500 people to its company worldwide in the past year.

Other studies have tried to estimate the number of jobs that could be automated in the future, and there again, the numbers vary widely. An Oxford report from 2013 estimated that 47% of U.S. jobs were at risk of automation. The OECD however has said that “14% of jobs in developed countries were highly automatable, with a further 32% likely to experience significant changes to the way they were carried out.”

So which is it, do robots create or destroy jobs? The answer may be “it’s complicated”. Certain professions may disappear in a local community, while the overall number of jobs may increase globally. In any case, the nature of work will most likely change.

Robots perform tasks, not jobs
Most jobs require workers to have more than one skill. Building a fully automated solution would therefore require a robot that masters many different tasks. Making robots is hard however, so they tend to be highly specialised. Imagine all the tasks a cleaner can do, yet it took Dyson 12 years of research just to make a vacuum cleaning robot. The reality is that robots perform tasks, not jobs. It therefore makes sense to think of robots as tools that can be used by people in their workplace, ideally helping with the dull, dirty, or dangerous tasks and boosting productivity. This has spurred a new area of collaborative robots, or cobots, that are easy to work with. ColRobot for example is a European project focussed on building an integrated system for collaborative robotics.

Skills for the new economy
The jobs of today are different from the ones of tomorrow. There is a pressing need to train a new generation of roboticists. This workforce will need to be diverse to ensure the best tools are being built for everyone. Inspiring the future generation is the goal of the European Robotics Week, which hosts more than 1000 events all over Europe. Training is further needed at all levels from school for young children to graduate education programs. But not everyone needs to be a roboticist, being technology literate is the first step towards building environments where humans and robots can work together. And while robots help us with the menial tasks, we have a chance to be “more human”. A carebot won’t replace a caregiver, it will give the caregiver time to have a coffee with their patient. Ultimately, we have the opportunity to focus on the jobs we enjoy most. Creative sectors, and those requiring emotional intelligence and empathy will also be in high demand in the future.

Technology that benefits all
One risk with automation is that wealth is concentrated in the hands of those that design or have access to the technology. Such a winner-takesall scenario would lead to growing inequality between large technology companies and workers. Wages have also stagnated, even though productivity has increased, which is another marker of inequality. At the same time these technologies are becoming increasingly accessible, meaning that non-experts should feel empowered to use them in their own industries and lives. The European Union and individual European governments are actively preparing for a change in labour markets with dedicated commissions and reports, as well as ground work to ensure the robot revolution benefits all. Solutions discussed include taxing automation, providing for a universal basic income, or boosting education, research, and entrepreneurship.

This article is part of a series of briefing documents published on www.eu-robotics.net/sparc. This project has received funding from the European Union’s Horizon 2020 Programme under grant agreement n° 688441