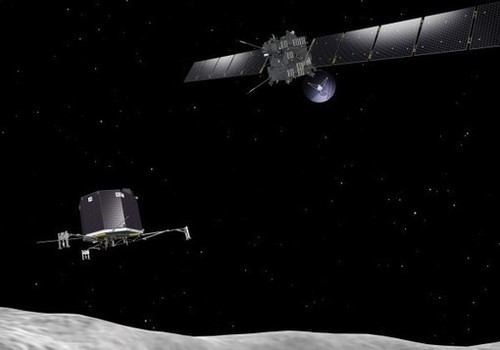 “The European comet-chasing probe Rosetta is up and running again today after it successfully roused itself from a 2&frac12;-year sleep and signaled anxious controllers on the ground. The spacecraft had been put into hibernation during the most distant part of its 10-year journey in pursuit of comet 67 P/Churyumov-Gerasimenko because sunlight was too dim to keep its solar-powered systems running.”