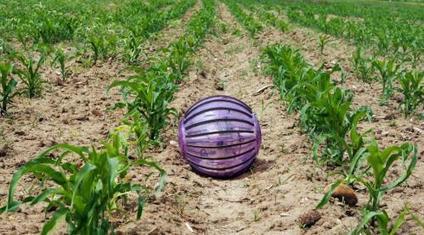 “The Robotics and Cybernetics Research Group from the Universidad Politécnica de Madrid has special interest in developing robots able to live in environments where the motion can be a difficulty due to uneven ground. They studied, designed and built a land mobile vehicle that has an unconventional motion. The result of this work is ROSPHERE, a robot without wheels or legs which has a single spherical form that, literally, scrolls by itself to conduct the missions and being inherently stable. The robot has proved its potential for diverse applications during the assessment.”