Self-organized criticality in the brain | Quanta 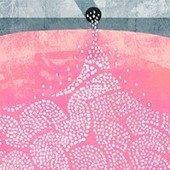 “Think of sand running from the top of an hourglass to the bottom. Grain by grain, the sand accumulates. Eventually, the growing pile reaches a point where it is so unstable that the next grain to fall may cause it to collapse in an avalanche. When a collapse occurs, the base widens, and the sand starts to pile up again — until the mound once again hits the critical point and founders. It is through this series of avalanches of various sizes that the sand pile — a complex system of millions of tiny elements — maintains overall stability.”

Anyone even casually familiar with systems theory will recognize the terms in which this notion is described. To the extent that it holds true for the workings of the human brain, one may expect that it will also prove useful in the development of strong AI.