Should a robot decide when to kill? | The Verge 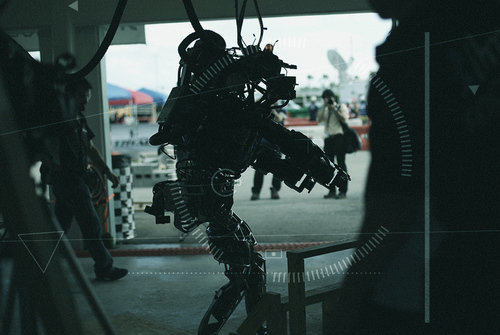 “Mark Gubrud, a former nanophysicist and frumpy professor sort, fit right in with the geeky crowd. But unlike other spectators, Gubrud wasn’t there to cheer the robots on. He was there to warn people. “DARPA’s trying to put a face on it, saying ‘this isn’t about killer robots or killer soldiers, this is about disaster response,’ but everybody knows what the real interest is,” he says. “If you could have robots go into urban combat situations instead of humans, then your soldiers wouldn’t get killed. That’s the dream. That’s ultimately why DARPA is funding this stuff.””