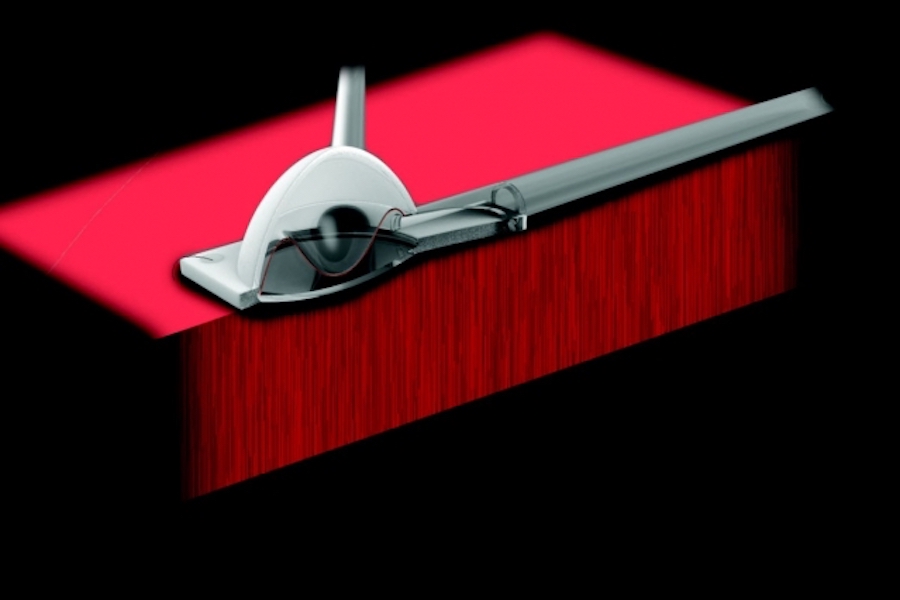 Depiction of a soft robotic device known as a dynamic soft reservoir (DSR)
Image courtesy of the researchers.

The implantable medical devices market is currently estimated at approximately $100 billion, with significant growth potential into the future as new technologies for drug delivery and health monitoring are developed. These devices are not without problems, caused in part by the body’s own protection responses. These complex and unpredictable foreign-body responses impair device function and drastically limit the long-term performance and therapeutic efficacy of these devices.

One such foreign body response is fibrosis, a process whereby a dense fibrous capsule surrounds the implanted device, which can cause device failure or impede its function. Implantable medical devices have various failure rates that can be attributed to fibrosis, ranging from 30-50 percent for implantable pacemakers or 30 percent for mammoplasty prosthetics. In the case of biosensors or drug/cell delivery devices, the dense fibrous capsule which can build up around the implanted device can seriously impede its function, with consequences for the patient and costs to the health care system.

A radical new vision for medical devices to address this problem was published in the internationally respected journal, Science Robotics. The study was led by researchers from NUI Galway, IMES, and the SFI research center AMBER, among others. The research describes the use of soft robotics to modify the body’s response to implanted devices. Soft robots are flexible devices that can be implanted into the body.

The transatlantic partnership of scientists has created a tiny, mechanically actuated soft robotic device known as a dynamic soft reservoir (DSR) that has been shown to significantly reduce the build-up of the fibrous capsule by manipulating the environment at the interface between the device and the body. The device uses mechanical oscillation to modulate how cells respond around the implant. In a bio-inspired design, the DSR can change its shape at a microscope scale through an actuating membrane.

IMES core faculty member, assistant professor at the Department of Mechanical Engineering, and W.M. Keck Career Development Professor in Biomedical Engineering Ellen Roche, the senior co-author of the study, is a former researcher at NUI Galway who won international acclaim in 2017 for her work in creating a soft robotic sleeve to help patients with heart failure. Of this research, Roche says “This study demonstrates how mechanical perturbations of an implant can modulate the host foreign body response. This has vast potential for a range of clinical applications and will hopefully lead to many future collaborative studies between our teams.”

Garry Duffy, professor in anatomy at NUI Galway and AMBER principal investigator, and a senior co-author of the study, adds “We feel the ideas described in this paper could transform future medical devices and how they interact with the body. We are very excited to develop this technology further and to partner with people interested in the potential of soft robotics to better integrate devices for longer use and superior patient outcomes. It’s fantastic to build and continue the collaboration with the Dolan and Roche labs, and to develop a trans-Atlantic network of soft roboticists.”

The first author of the study, Eimear Dolan, lecturer of biomedical engineering at NUI Galway and former researcher in the Roche and Duffy labs at MIT and NUI Galway, says “We are very excited to publish this study, as it describes an innovative approach to modulate the foreign-body response using soft robotics. I recently received a Science Foundation Ireland Royal Society University Research Fellowship to bring this technology forward with a focus on Type 1 diabetes. It is a privilege to work with such a talented multi-disciplinary team, and I look forward to continuing working together.”