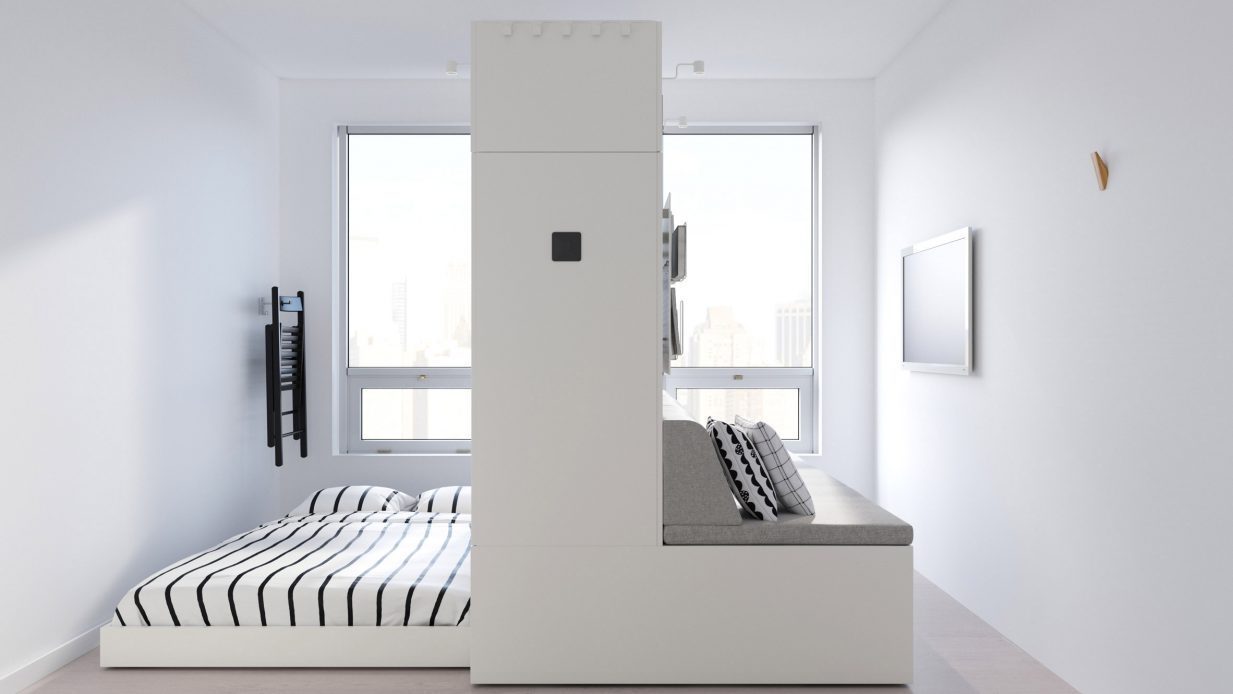 At the turn of the twentieth century, the swelling populations of newly arrived immigrants in New York City’s Lower East Side reached a boiling point, forcing the City to pass the 1901 Tenement House Act. Recalling this legislation, New York City’s Mayor’s Office recently responded to its own modern housing crisis by enabling developers for the first time to build affordable micro-studio apartments of 400 square feet. One of the primary drivers of allocating tens of thousands of new micro-units is the adoption of innovative design and construction technologies that enable modular and flexible housing options. As Mayor de Blasio affirmed, “Housing New York 2.0 commits us to creating 25,000 affordable homes a year and 300,000 homes by 2026. Making New York a fairer city for today and for future generations depends on it.”

Urban space density is not just a New York City problem, but a world health concern. According to the United Nations, more than half of the Earth’s population currently resides in cities and this is projected to climb to close to three-quarters by 2050. In response to this alarming trend the UN drafted the 2030 Agenda for Sustainable Development. Stressing the importance of such an effort, UN Deputy Secretary Amina J. Mohammed declared, “It is clear that it is in cities where the battle for sustainability will be won or lost. Cities are the organizing mechanisms of the twenty-first century. They are where young people in all parts of the world flock to develop new skills, attain new jobs, and find opportunities in which to innovate and create their futures…The 2030 Agenda for Sustainable Development is the most ambitious agenda ever set forth for humanity.”

Absent from the UN study is utilizing mechatronics to address the challenges of urbanization. For example, robots have been deployed on construction sites in China to rapidly print building materials. There are also a handful of companies utilizing machines to cost effectively produce modular homes with the goal of replacing mud-huts and sheet metal shanties. However, the progress of automating low-to-middle income housing has been slow going until this week. Ikea, the world’s largest furniture retailer which specializes in low cost decorating solutions, announced on Tuesday the launch of Rognan – a morphing robotic furniture system for the micro-home. Collaborating with the Swedish design powerhouse is hardware startup, Ori Living. The MIT spin-out first introduced its chameleon-changing furniture platform two years ago with an expandable wardrobe that quickly shifted from bookcase/home office to walk-in closet at the touch of a button. Today such systems can be bought through the company’s website for a price upwards of $5,000. It is expected that the partnership with IKEA will bring enormous economies of scale with the mass production of its products.

The first markets targeted by IKEA next year for Rognan are the cramped neighborhoods of Hong Kong and Japan, where the average citizen lives in 160 square feet. Seana Strawn, IKEA’s product developer for new innovations, explains “Instead of making the furniture smaller, we transform the furniture to the function that you need at that time When you sleep, you do not need your sofa. When you use your wardrobe, you do not need your bed etc.”

Ori founder, Hasier Larrea, elaborates on his use of machine learning to size the space to the occupants requirements. “Every floor is different, so you need a product that’s smart enough to know this, and make a map of the floor,” describes Larrea. By using sensors to create an image of the space, the robot seamlessly transforms from closet-to-bed-to-desk-to-media center. To better understand the marketability of such a system, I polled a close friend who analyzes such innovations for a large Wall Street bank. This potential customer remarked that he will wait to purchase his own Rognan until it can anticipate his living habits, automatically sense when it is time for work, play or bed.

Ori’s philosophy is enabling people to “live large in a small footprint.” Larrea professes that the only way to combat urbanization is thinking differently. As the founder exclaims, “We cannot keep designing spaces the same way we’ve been designing spaces 20 years ago, or keep using all the same furniture we were using in homes that were twice the size, or three times the size. We need to start thinking about furniture that adapts to us, and not the other way around.” Larrea’s credo can be heard in the words of former Tesla technologist Sankarshan Murthy who aims to revolutionize interior design with robotic ceiling dropping storage furniture. Murthy’s startup, Bubblebee Spaces, made news last April with the announcement of a $4.3 million funding round led by Loup Ventures. Similar to a Broadway set change, Bubblebee lowers and hoists up wooden cases on an as needed basis, complete with an iPhone or iPad controller. “Instead of square feet you start looking at real estate in volume. You are already paying for all this air and ceiling space you are not using. We unlock that for you,” brags Murthy. Ori is also working on a modern Murphy Bed that lowers from ceiling, as the company’s press release stated last November its newest product, “a bed that seamlessly lowers from the ceiling, or lifts to the ceiling to reveal a stylish sofa”  all at the beckon of one’s Alexa device.

In 1912, William Murphy received his patent for the “Disappearing Bed. Today’s robotic furniture, now validated by the likes of Ikea, could be the continuation of his vision. Several years ago, MIT student Daniel Leithinger first unveiled a shape shifting table. As Leithinger reminisces, “We were inspired by those pinscreen toys where you press your hand on one end, and it shows on the other side.” While it was never intended to be commercialized, the inventor was blown away by the emails he received. “One person said we should apply it to musical interfaces and another person said it would be great to use to help blind children understand art and other things. These are things we didn’t even think about,” shares Leithinger. As Ori and Bubblebee are working diligently to replace old couch springs for new gears and actuators, the benefits of such technology are sure to go beyond just better storage as we enter the new age of the AI Home.