Privately held Danish company Universal Robots – the successful producer of the UR line of collaborative robots – has sold to Massachusetts-based Teradyne, a provider of electronic testing equipment.

The Danish hospital Sygehus Sønderjylland is first in Europe to use logistics robot TUG, developed by the American company Aethon. TUG specially constructed for intern logistics is already used in more than 140 hospitals in the USA.

With TUG project supported by the Danish Technological Institute (DTI) Sygehus Sønderjylland seeks to automate the transportation of blood samples from the emergency department to the laboratory, saving staff time that can be re-allocated to improving patient care. Eventually, TUG will be assigned more routes and other things to transport at Sygehus Sønderjylland.

Eating robots improve quality of life and save resources

60% of EU citizens are saying that robots should be banned when it comes to the care of children, elderly people and people with disabilities, according to the Special Eurobarometer survey “Public attitudes towards robots”. Meanwhile different nursing homes, assisted living facilities and municipalities in Europe are currently discovering, testing, and buying new robotic technology to improve independence and quality of support services for elderly people. A new evaluation report “Eating robot for citizens with physical handicaps” compiled by Danish Technological Institute (DTI) reveals positive results when using self-feeding robots. 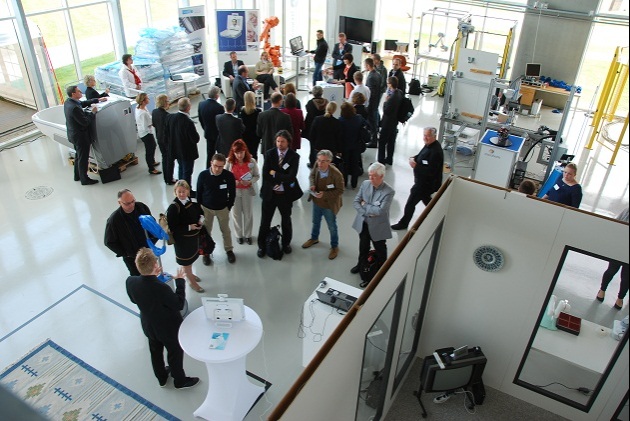