The Robot Afterlife: An exciting story about the post-factory years Do you ever wonder what happens to those faithful working industrial robots when they retire? Whether they are stored in a closet, used for new manufacturing cells or turned into art, every robot has a life after the assembly line. Bot & Dolly made an interesting, and now famous use of repurposed robotic arms that will leave you in awe of both the creative faculties of the mind and the incredible undiscovered power behind industrial robots. Reaching new parameters with recycled parts repurposed and remade, the now filmmaking robots, Iris and Scout, are the technology that made Bot & Dolly desirable in the eyes of Google’s robotics project. Acquired in 2013 by Google X, the story of two men and a creative vision for robotics will leave you in awe.

Before Bot & Dolly, Jeff Linnell and Randy Stowell were plugging away growing their successful video production company, Autofuss, out of a nondescript warehouse just behind Potrero Hill in San Francisco. The dynamic duo always looking to keep things exciting, they decided to spin off another experimental company using large industrial robots. They figured that with the right collaboration of minds from design and engineering to artist and coders and a few old Kuka robotic arms they could create something new and frankly, unimaginable.

Iris and Scout, their robotic arm remakes, were the first step in changing the film industry, as well as new ways for the robotics industry to consider their retired workers. Though their initial vision was to work in everything from architecture and digital fabrication to all kinds of entertainment installations, they naturally gravitated first towards film industry applications with their background in production. After a few years of hard work on the project, it would appear their adoption of robots into the industry was masterful. Scout is the robotic arm, whereas Iris is the robotic arm with the camera mounted on its end. Though you’d expect to see Iris in a factory somewhere, seeing it operate as part of an art installation or on a movie set feel somehow just as natural. With a max payload of 242.5 pounds, this robot can carry much more than a big camera. Iris’s maximum vertical reach is 11.5 feet, while its maximum horizontal reach is 10.2 feet. It is precise to within one millimeter and can coordinate with multiple robots within one millisecond. This technology is impressive and seemingly limitless, and to see the concept at work check out their short, Box, which is an experience nothing short of magical.

To make this project feasible Bot & Dolly needed to build an outstanding software, out of which grew a vision for the integration of industrial robotic arms into the filmmaking world. The Maya 3D computer graphics software by Autodesk is widely used in the industry and allows 3D animations to be translated into instructions by which the cameras, lighting and other technical aspects of shooting films are synchronized. They had to find a way to integrate their remade industrial robots into Maya, and so they created BDMove. Anyone comfortable with Maya software can easily operate their technology through this simple programming interface. With the ability to automate any kind of repetitive tasks, Iris and Scout became marketable platforms for reimagining any number of creative questions.

Their first commission was by none other than the company that would acquire them in the end, Google. Having caught wind from down valley of an exciting and unconventional robot shop, Google commissioned Bot & Dolly to create and interactive representation of their Nexus Q media-streaming device for the 2012 Google I/O conference. What they ended up building was something to behold. Measuring in at 8 feet in diameter and weighing 300 pounds, they mounted a giant Nexus on a Scout robot. This giant mass in the room was interactive, with passersby able to control it with several Nexus gadgets all working in tandem from around the room. Google, to be sure, was quite pleased with the end product and kept their eyes on this small creative firm.

You probably saw that armrest-clenching flick on the big screen, Gravity, as it was one of the films you kind of had to see up close. Taking place almost entirely in space, director Alfonso Cuaròn was wracking his brain to try and find a new way to make his characters look weightless – as if they were moving outside of gravity. Traditionally, space sets would consist of actors literally flying around on wires. Deciding that wouldn’t do, Cuaròn heard about Bot & Dolly and went to their studio with his already created previsualization storyboard of space to see what their robots could do. After just a few run-throughs to see that the Iris could indeed be integrated seamlessly with the rest of the set, capturing the sense of weightlessness they were looking for, the Bot & Dolly team headed to the set in London with their 3,000 pound robots on a cargo plane to help shoot the film. If Iris could be used in such flawless choreography and cinematography as we all witnessed in Gravity, clearly this was not technology to be overlooked, both in filmmaking and robotics.

Now part of a team at Google looking to disrupt the commercial robotics industry, the Bot & Dolly technology could well be on its way to changing the field forever. Looking specifically at manufacturing, the collaborative software they built for their industrial robots will almost certainly succeed in reimagining how supply chain robots work through Google’s ongoing research in the field. By thinking outside the box, the Bot & Dolly team has brought their technology full circle. 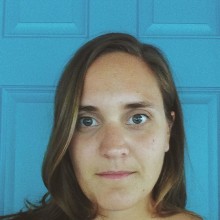