Of all the cool things about octopuses (and there are a lot), their arms may rank among the coolest.

Two-thirds of an octopus’s neurons are in its arms, meaning each arm literally has a mind of its own. Octopus arms can untie knots, open childproof bottles, and wrap around prey of any shape or size. The hundreds of suckers that cover their arms can form strong seals even on rough surfaces underwater.

Imagine if a robot could do all that. 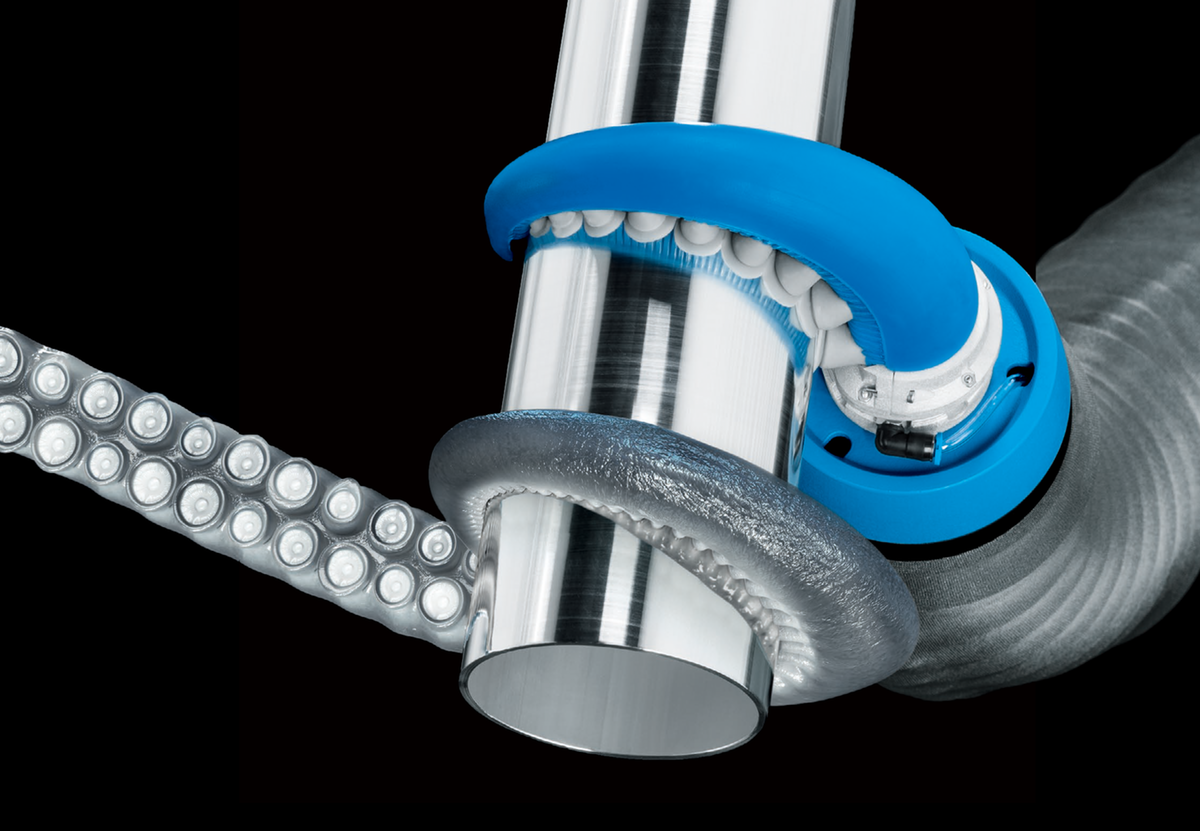 Researchers at Harvard’s Wyss Institute for Biologically Inspired Engineering and John A. Paulson School of Engineering and Applied Sciences (SEAS) and colleagues from Beihang University have developed an octopus-inspired soft robotic arm that can grip, move, and manipulate a wide range of objects. Its flexible, tapered design, complete with suction cups, gives the gripper a firm grasp on objects of all shapes, sizes and textures — from eggs to smartphones to large exercise balls.

“Most previous research on octopus-inspired robots focused either on mimicking the suction or the movement of the arm, but not both,” said co-first author August Domel, Ph.D., a Postdoctoral Scholar at Stanford University and former graduate student at the Wyss Institute and Harvard. “Our research is the first to quantify the tapering angles of the arms and the combined functions of bending and suction, which allows for a single small gripper to be used for a wide range of objects that would otherwise require the use of multiple grippers.”

The research is published in Soft Robotics.

The researchers began by studying the tapering angle of real octopus arms and quantifying which design for bending and grabbing objects would work best for a soft robot. Next, the team looked at the layout and structure of the suckers (yes, that is the scientific term) and incorporated them into the design.

“We mimicked the general structure and distribution of these suckers for our soft actuators,” said co-first author Zhexin Xie, Ph.D., a graduate student at Beihang University. “Although our design is much simpler than its biological counterpart, these vacuum-based biomimetic suckers can attach to almost any object.”

Xie is the co-inventor of the Festo Tentacle Gripper, which is the first fully integrated implementation of this technology in a commercial prototype.

The soft robot is controlled with two valves, one to apply pressure for bending the arm and one for a vacuum that engages the suckers. By changing the pressure and vacuum, the arm can attach to any object, wrap around it, carry it, and release it. Credit: Bertoldi Lab/Harvard SEAS

Researchers control the arm with two valves, one to apply pressure for bending the arm and one as a vacuum that engages the suckers. By changing the pressure and vacuum, the arm can attach to an object, wrap around it, carry it, and release it.

The researchers successfully tested the device on many different objects, including thin sheets of plastic, coffee mugs, test tubes, eggs, and even live crabs. The tapered design also allowed the arm to squeeze into confined spaces and retrieve objects.

“The results from our study not only provide new insights into the creation of next-generation soft robotic actuators for gripping a wide range of morphologically diverse objects, but also contribute to our understanding of the functional significance of arm taper angle variability across octopus species,” said Katia Bertoldi, Ph.D., an Associate Faculty member of the Wyss Institute who is also the William and Ami Kuan Danoff Professor of Applied Mechanics at SEAS, and co-senior author of the study.

This research was also co-authored by James Weaver from the Wyss Institute, Ning An and Connor Green from Harvard SEAS, Zheyuan Gong, Tianmiao Wang, and Li Wen from Beihang University, and Elias M. Knubben from Festo SE & Co. It was supported in part by the National Science Foundation under grant DMREF-1533985 and Festo Corporate’s project division.