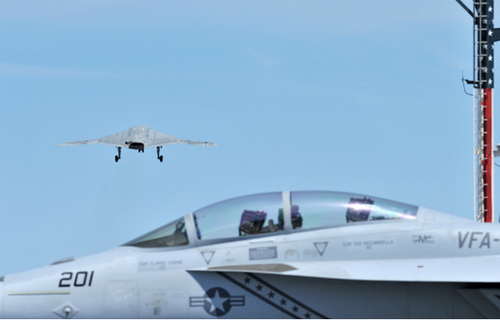 (Free registration required.) “What was once the stuff of science fiction is now only years away from reality. And the increasing capabilities of unmanned aerial vehicles are undeniably awe-inspiring. The historic achievements of recent months clearly indicate that unmanned fighter aircraft will play a major role in the future of air combat.”

Like it or not, most of the work being done on the development of autonomous systems is being paid for by the military. One advantage of this is they are furiously disciplined about acknowledging the limitations of the systems they develop, and it strikes me as hopeful that this discipline should act to keep a human being in the loop, even in the heat of aerial combat.