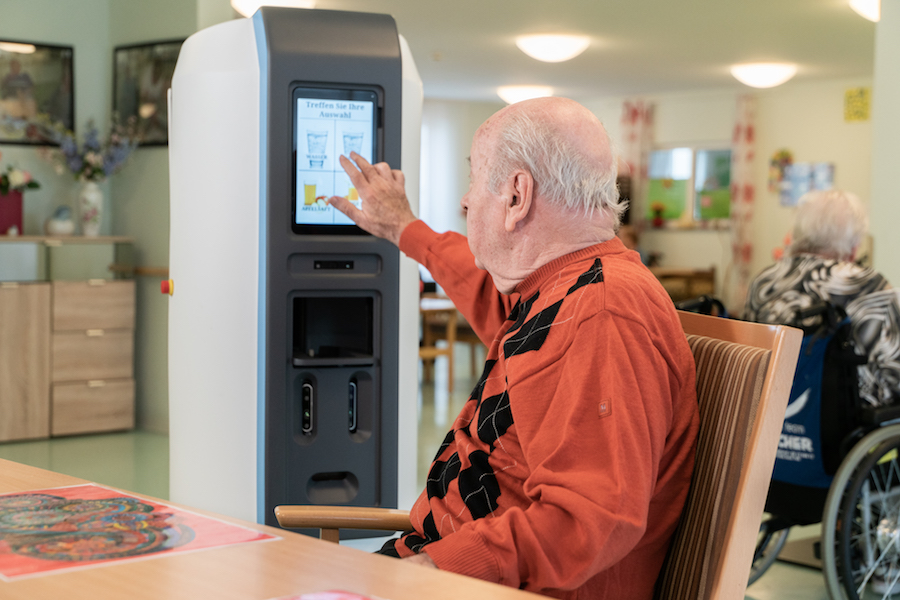 As part of the “SeRoDi” project (“Service Robotics for Personal Services”), Fraunhofer IPA collaborated with other research and application partners to develop new service robotics solutions for the nursing sector. The resulting robots, the “intelligent care cart” and the “robotic service assistant”, were used in extensive real-world trials in a hospital and at two care homes.

Not enough nurses for too many patients or residents: this is a familiar problem in the nursing sector. Service robots have the potential to help maintaining an adequate quality of care also under these challenging conditions. 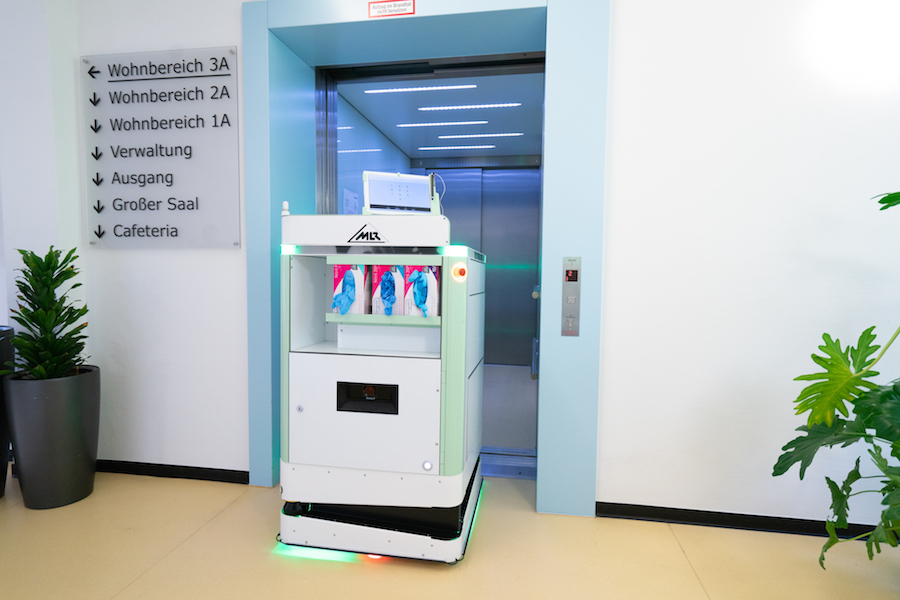 To cut down the legwork of the nursing staff and reduce the time spent keeping manual records of the consumption of medical supplies, Fraunhofer IPA in collaboration with the MLR Company developed the “intelligent care cart”. Using a smartphone, the care staff is able to summon the care cart to the desired room, whereupon it makes its own way there. A 3D sensor along with object recognition software enables the care cart to automatically register the consumption of medical supplies. Being of modular design, the care cart can be adapted to different application scenarios and practical requirements.

The care carts developed as part of the project were used in a hospital (stocked with wound treatment materials) and two nursing homes (stocked with laundry items). As the intelligent care cart is based on the navigation processes of a driverless transport vehicle, it travels primarily along fixed predefined paths. For use in public spaces, it is possible to make minor deviations from these paths in order, for example, to dynamically negotiate obstacles in the way. The real-world trials revealed that efficient navigation requires extensive knowledge of the internal processes in order, among other things, to guarantee that the desired destination is actually accessible.

The initial trials also showed that it makes a big difference whether the corridors have a single lane for both directions or separate lanes, i.e. one for each direction. For the residents and staff, using one lane made it clearer where the robot was going. In addition, restricting the care carts to a single lane ensured that they did not have to make major detours. Evaluating the real-world trials, the participating nursing staff confirmed that, by reducing the amount of legwork, along with the associated timesaving, the intelligent care cart represents a potential benefit in their day-to-day work. Also, the faster provision of care, with no interruptions for restocking the care cart, results in an improvement in quality for patients and residents. 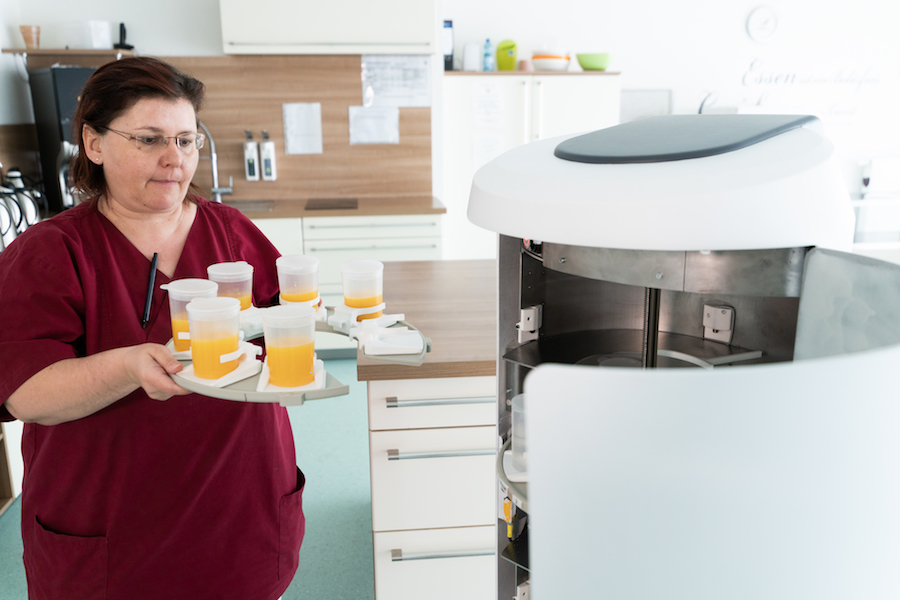 Alongside the intelligent care cart, the robotic service assistant is another result of the SeRoDi project. Stocked with up to 28 drinks or snacks, the mobile robot is capable of serving them to patients or residents. Once again, the goal is to reduce the workload of the staff, in addition to improving the hydration of the residents by means of regular reminders. Using the robot also has the potential to promote the independence of those in need of care.

At a nursing home, where the robotic service assistant was trialed for one week in a common room nursing home, it made for a welcome change, with many residents being both curious and interested. Using the robot’s touch screen, they were able to select from a choice of drinks, which were then served to them by the robot. Once all the supplies had been used up, the service assistant returned to the kitchen, where it was restocked by the staff before being sent back to the common room by the use of a smartphone. This robot, too, received great interest from the participating nursing staff. The synthesized voice of the robot was especially popular and even motivated the residents to converse with the robot.

Have a look at the YouTube video showing the project results.

The project received funding from the German Federal Ministry for Education and Research.